What Is Decentralized Finance? Is it going to Transform the Finance industry forever?

What is Decentralized Finance? Is it going to transform the Finance industry forever? 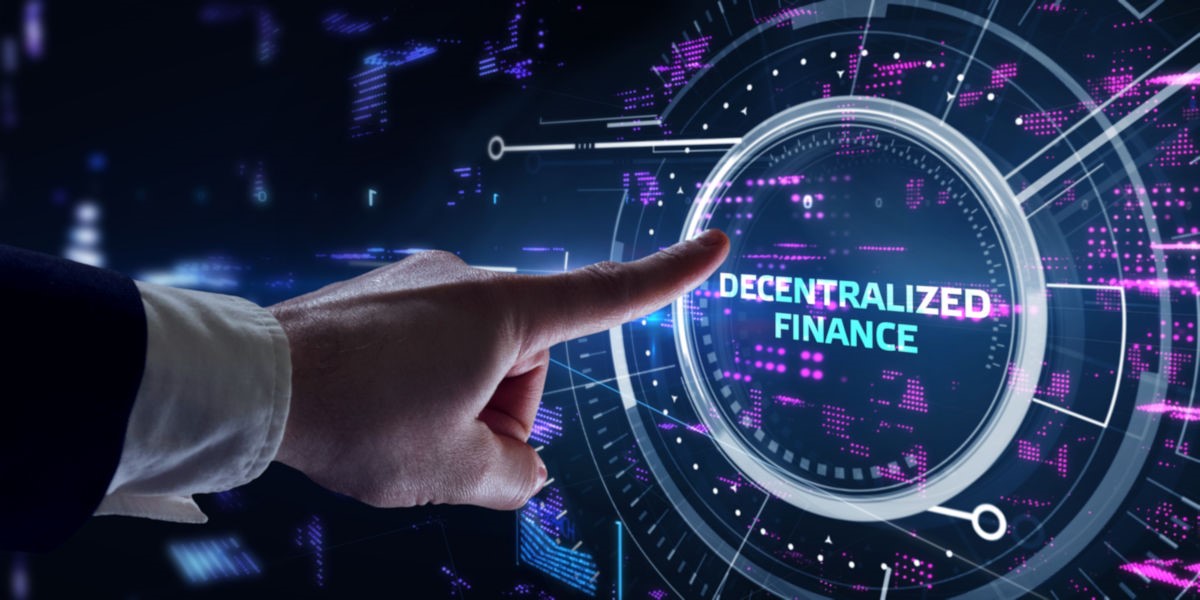 In November 2013, Vitalik Buterin, a 20-year-old Canadian Programmer announced a project by publishing a white paper,” A next-generation Smart Contract and Decentralized Application Platform”, a ground-breaking step that could change the finance industry as we know it.

Defi, which is an acronym for the term Decentralized Finance, is the latest evolution in the finance industry. It transcends the limitations of traditional finance by developing a system that is more transparent, accessible, economical, and automated, and provides its user with control of their wealth. To understand the need for this new system in finance, we need to understand what are the issues with the current or traditional financial system.

The major issues with the current financial system can be summed up in the following points:

The current financial system demands its users to fully trust the central authorities and the intermediaries. The moment the trust is broken, the system will be on the brink of collapse. For instance, news comes up about a certain bank with a dangerous level of NPL. This evokes a mass panic, both in the financial institutions and the financial market. The depositors will line up in the bank demanding to withdraw their money and the stockholders on the market will be desperate to sell their securities at any price. A chain reaction occurs which can completely crash the system. Closely related to this is the issue of transparency. The surplus sector which provides the fund to the bank does not have all the information about how their fund is going to be invested by the banks and what risks they might run into.

The other problem is the censorship exercised by the central authority. Today, the authority has access to freeze your funds and restrict withdrawal and deposit from and to your account. This is a direct approach to controlling your wealth, the other approach is through currency manipulation and interest rate manipulation. All these measures severely impact your liquidity and net worth.

The traditional finance system has limited accessibility. As per the World Bank report in 2017, over 1.7 billion people in the world lack access to the financial system. This is a staggering number considering how far finance has come. However, it is not easy to increase access to finance in remote areas. It requires a massive budget, technology, and regulation. Traditional finance also carries a bad name for increasing the wealth gap by becoming a mere tool for the privileged to accumulate more wealth and overlooking the issue of less fortunate ones.

The payment process in the current financial system is full of hassles. First of all, it requires an intermediary which charges fees for merely transferring the money. Transferring money to a receiver in a foreign country is further complicated due to high fees and restrictive control by global authorities. The exchange of assets on the traditional financial market also requires a custodian. All these factors constitute in making an inefficient system.

So, it’s clear what’s wrong with the traditional financial system. By now, you might also have realized, that there is a high need for a more open, transparent, and secure financial system.

And there comes ‘Defi’ in the picture!

Defi or Decentralized financial system is a public blockchain-based monetary system that bridges the gaps of the traditional finance system and makes finance accessible to everyone without any form of censorship.

But, what is a blockchain?

Blockchain is a technology in which information about each financial transaction of digital currency is recorded in blocks. Each block is linked with the next block in the chain and the next block takes reference from the previous block. The combination of all of these is known as a ledger and this ledger is publicly available to the users. This eliminates the chance of confusion or fraudulent information as a wrong entry will be checked against the copies of this ledger available to the users.

You must be well acquainted with Bitcoins. Bitcoin has its blockchain and is a pioneer in Decentralized finance. While Bitcoin created a decentralized payment network, a new platform called Ethereum took the blockchain concept further by creating financial services using smart contracts and Defi Apps (dApp).

One more thing! What are Defi Apps?

Defi Apps are open source (that means the codes are available to the users to inspect, modify or enhance) software applications built on blockchain that allows the users to avail a wide array of Defi services. Take the example of ‘Aave’ which is like a bank for cryptocurrencies. Here, you can lend and borrow cryptocurrencies and this is executed using smart contracts.

This was all about the infrastructure of Decentralized finance. Now, let’s talk about how it is going to change the finance industry.

The first problem with Traditional finance is the lack of transparency and excessive restriction by the government and other bodies. In the Decentralized finance world, the terms of contracts are set by the users, the applications are open source, and the entries against the transactions are verified by numerous users. Due to this, there is utmost transparency and there is no need to trust any central authority. The control of digital assets is no longer with the government. The government cannot intervene by restricting trade or payment. The downside of the lack of censorship and control is a possible increase in terrorism financing and money laundering.

When going through the Accessibility problem of Traditional finance, I quoted statistics that 1.7 Billion people in the world still lack banking access. Well, it turns out most of these people own a mobile phone. Financial transactions can be performed easily with the help of different apps. While banks and financial institutions can be set up in those places but compared to Defi, the cost of this is way too high. As Defi requires considerably fewer resources to operate, the cost to people availing credit will also reduce.

Trying to make payment to a party across the borders is very complicated today and it consists of all sorts of fees like inbound, and outbound fees. Then there are currency exchange-related fees. On top of that different countries have their laws regarding remittance. All of this leads to a payment process full of hassles. But, with Defi, international transactions can be executed more efficiently and without the need for intermediaries.

The traditional finance system is often accused of being incompetent to prevent financial crises. Be it the dot com bubble or the 2008 sub-prime crisis. We have seen even the financial system of the most developed economies falling flat. Promoters and people rooting for Defi often argue that with the transparency, smart contracts, and sophisticated technology offered by Decentralized finance, these financial crises could have been avoided. There’s one more problem (which perhaps is the most serious) with the current financial system, i.e: the wealth gap. The current financial system limits access to finance based on your existing income, wealth, and status, which circumscribes the opportunity to grow for the underprivileged. But, Defi may help to break that barrier by providing financial access without any biases.

A lot has been said and talked about Cryptocurrencies and Defi and how they are going to make our world better, but uprooting a dominant practice is certainly not easy. At the same time, there are still a lot of question marks against Defi as well.

First of all, Decentralized Finance is extremely new to us. A financial system beyond regulation may sound rewarding but there are some caveats. As previously mentioned, the risk of terrorism financing and money laundering could rise in absence of any censorship. Even after implementing AML/CFT provisions, the current financial system still struggles against this issue. The situation may worsen if the hands of the government are tied.

Many finance experts believe that a Decentralized financial system will create a just & reliable financial system for the economy, but the short-term cost may be too high. Blockchain markets are very volatile and may create swings in the economy. Some even argue that the cryptocurrency market will mimic the dot-com bubble of the 1990s. The other challenge of Defi is curbing the possible monopolistic characteristics in the market in absence of limited government intervention. Furthermore, as the regulations regarding digital assets worldwide vary, there is a need for global coordination.

The possibilities with Defi are immense. Defi products and platforms like stablecoins, NFT, Aave, Uniswap, Opyn, and Pool together are on the rise. Tech companies are working and investing heavily in Defi technology. It’s been just over a decade and we have already come so far. Much of the development has been centered on Developed economies like Europe and America. It remains to be seen how the rest of the world adopts this technology. But, with continuous innovation and development, sky is the limit! One thing is for sure; it is going to revolutionize the finance industry like never before!