The Upper Tamakoshi Hydropower Project (UTHP) has finally begun commercial production. The projects with the capacity of 456MW began in full swing from Sunday. 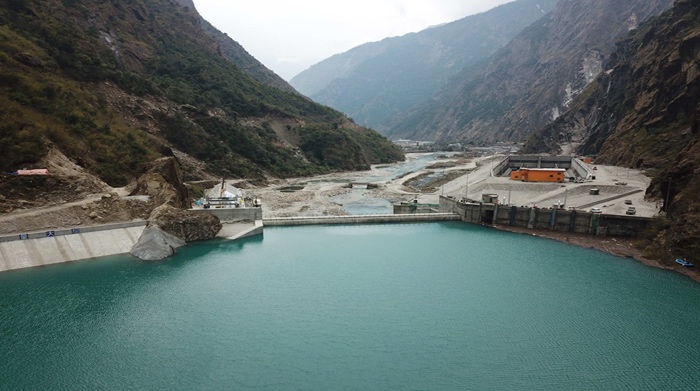 The beginning of the commercial production was observed with peace prayers as per Bouddha tradition at Bigu Rural Municipality-1 of Dolakha district.

The UTHP was laid foundation stone by then Prime Minister Jhalanath Khanal on September 3, 2011.

The initial investment of the project was Rs 35.29 billion which is now reached Rs 52 billion for various reasons as a change in the design, increased payment to consultants for an extended term of construction, a price hike. Alarmingly, adding interest to the investment cost has reached the total investment cost of Rs 84 billion.

Nepal Electricity Authority (NEA) has a 41 percent share in the project. Per unit power cost is Rs 3.50 on average.