The Journey of CBDC in Neighboring Economy, a Learning Curve for Nepal Rastra Bank

The Journey of CBDC in the neighboring economy, a learning curve for Nepal Rastra Bank.

A. The Concept Note

The Reserve Bank of India (RBI) on 07 Oct 2022 released a Concept Note on e₹ (e-rupee) for piloting the Central Bank Digital Currency (CBDC) in nine banks: State Bank of India, Bank of Baroda, Union Bank of India, HDFC Bank, ICICI Bank, Kotak Mahindra Bank, Yes Bank, IDFC First Bank, and HSBC. With this, India has reached a significant milestone and joined a group of a few countries that have adopted a blockchain-based digital currency as legal tender.

Behind this announcement, there is a lot of exercise of RBI, India's central bank, and the Indian government, primarily to counterbalance the issuance of similar currencies by large economies such as China and the United States (China has already launched the digital Yuan or e-CNY on 05 January 2022 whereas USA has not materialized major milestones on CBDC).

To get to this point, the Indian government formed a formal committee in November 2017 to conduct a feasibility study of CBDCs in its economy, followed by the formation of an internal team by the RBI in October 2020. On February 20, 2021, the team shared its recommendation for the issuance of government-controlled digital currency. Following the recommendation, Finance Minister Mrs. Nirmala Sitaraman mentioned a sovereign digital rupee and announced the piloting of digital currency in this fiscal year during her Union Budget speech.

The Concept Note's purpose is to raise awareness about CBDCs in general and to explain the objectives, options, benefits, and potential risks of issuing a CBDC. The Note aims to explain the central bank's approach to the introduction of the CBDC, as well as key considerations such as technology and design choices, potential uses of the e-rupee, issuance mechanisms, and so on. It investigates the implications of CBDC implementation on the banking system, its monetary policy, financial stability, and privacy issues.

B. E-Rupee & its features

E-rupee is just like a rupee note but in a digital form. So, it will do everything that a rupee note does in a physical environment as well as functions that a physical note cannot perform in a digital environment. Even today, when we conduct a digital transaction via mobile App, banks still have to do a process amongst themselves or intervene even in these digital transactions for the final settlement which may range from 2 to 3 days depending on the type of transaction. However, when we do a physical currency transaction, the moment we give the money, the settlement is done then and there, no further adjustment would be required. Payment is equal to settlement. This is exactly what happens with the e-rupee in the financial environment. So, having an e-rupee in the picture will make significant implications for the payment and settlement ecosystem.

The rigorous discussion on the CBDC Concept paper in various media and among experts has outlined the following key features of e-rupee:

However, when the e-rupee is used in the retail sector of the economy, several questions arise, such as how the e-rupee will be stored, how individuals' privacy will be maintained, and whether a mobile phone or internet connection will always be required. To answer these questions, the rupee will be stored digitally in the mobile application, but no separate digital wallet will be required; instead, it will be linked to an existing payment application with its own backend system. The modality will be in place to enable the payment directly to the merchant using an e-rupee alongside a normal deposit account by making the E rupee interoperable with the existing digital payments infrastructure. Transactions via e-rupee will be kept private, just as they are in the telecom industry. Despite the fact that there will be specific transactions, anonymity will be maintained, and the authority must follow the legal procedure to gain access. The offline capability will be included to make the rupee accessible to non-tech-savvy consumers or those who cannot afford mobile phones. The e rupee will be loaded in "Stored Value Cards" and can be used without the need for the internet or mobile phones.

CBDC would only be beneficial if the public and businesses adopt it, hold it, use it to settle transactions like banknotes or commercial papers. The RBI has stated that it is rolling out the CBDC with minimum disruption to the financial and monetary ecosystem and it wants the e-rupee to be as close to cash as possible. But people will not be going to deal with the RBI for the e-rupee. There are going to be banks and financial institutions that will effectively act as the interface for final consumers. So, a consumer who needs Rs.100 in digital form, will receive it from any of the pilot banks but not directly from RBI. The digital rupee is not going to be interest-bearing. So, it won't work like a normal deposit in a bank account. The customer will have an account but that account will be with the bank and at the back end the e rupee, the non-interest-bearing currency will be with the RBI. It will be booked as the liability of RBI but not of the immediate bank of the customer like a normal deposit. If it would have been an interest-bearing account, effectively the digital rupees maintained in RBI will be competing with bank deposits and that can have quite significant implications for the banking system.

But even for the digital rupee, there will be a cost, which definitely will be less than the printing and logistic cost of physical notes and coins. We actually require three massive technology stacks: first for issuance, second for intermediaries (wholesale stack), and third for final consumers (the retail stack). There will be a huge cost of building and maintaining these infrastructures. So, we should not expect CBDC to be free of charge. The banks, financial institutions, merchants, and end consumers have to absorb the cost in one way or another.

As a neighbor of two tech giants like India and China, Nepal should move forward toward a digital and innovative economy. Nepal Rastra Bank has expressed interest in, and recognized the need for CBDCs, and already formed a committee to conduct a feasibility study of CBDCs in the Nepalese economy, depicting a positive move. The recent launch of CBDCs in China and India may provide ample opportunities for Nepal Rastra Bank to understand the pros and cons of such currency and may pave a precautionary path for moving forward to expand the government’s digital footprint. 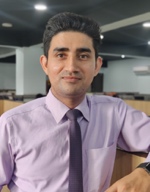 My earlier article on CBDC - What Does the Future Hold for Currencies in Nepal as a Less-Cash Society Emerges? - || ShareSansar ||