Stagflation-Recession Risk Rises Amid Sharp Slowdown in Growth; IMF Report Suggest India Will Not Be Affected By Recession

The Russian invasion of Ukraine has exacerbated the effects of the COVID-19 epidemic and the global economic recession, which might lead to a prolonged period of weak growth and high inflation. Stagflation is now more likely to occur as a result, increasing the possibility of negative effects on both middles- and low-income economies.

International Monetary Fund (IMF) report released on Tuesday highlights that a global economic recession could occur in 2023. Global financial conditions are tightening due to higher-than-anticipated inflation. According to the IMF's World Economic Outlook Update-2022, the global economic growth rate will be 3.2 percent in 2022 and 2.9 percent in 2023. 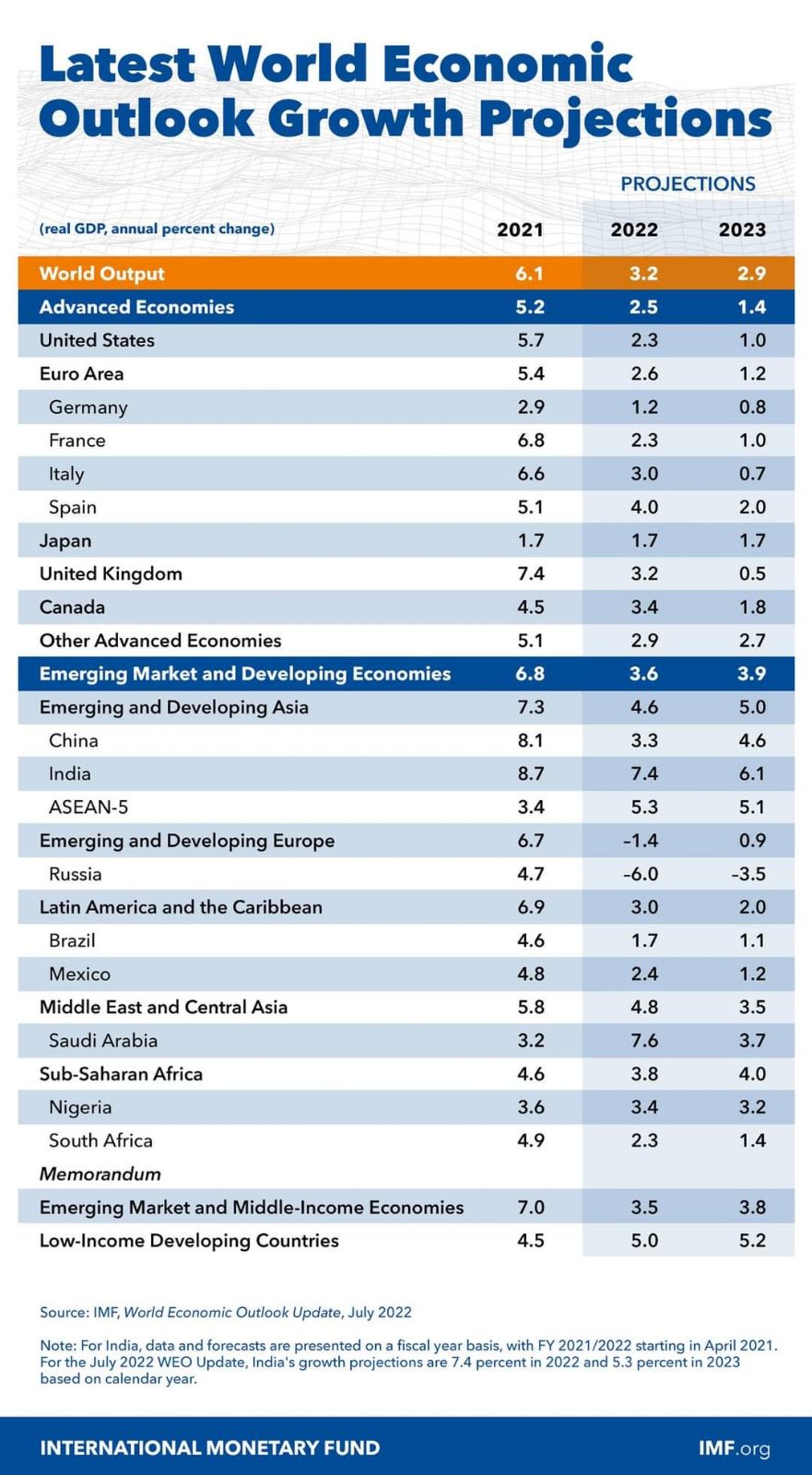 IFM predicts that advanced economies like those in the United States, the Euro Area (Germany, France, Italy, and Spain), Japan, the United Kingdom, and Canada would have economic growth rates of 2.5 percent in 2022 and 1.4 percent in 2023.

The expected economic growth rates for emerging market and developing economies, including Saudi Arabia, Nigeria, South Africa, Brazil, Mexico, China, India, and other nations, are 3.6 percent in 2022 and 3.9 percent in 2023.

Amidst global recession threat, India finds hope given that its growth prediction in 2022 is 7.4 percent while the global average growth is 3.6 percent.

The IMF emphasized that, in addition to persistent supply-demand imbalances, food and energy costs are driving consumer inflation ahead of schedule. It was also mentioned that by the end of 2022, inflation in developing and emerging markets might reach 10%.

According to the IMF forecasts, the increase of world commerce in 2022 and 2023 may be less than anticipated. There may be a decline in global trade demand and supply as a result of the recent increase in the value of the US dollar.