To conduct a public issue of common shares to be issued to the general public (including collective investment funds and employees) in the near future, Music Nepal Limited has received institutional consulting services under NIC Asia Capital's IDEA to IPO service and is currently in the process of issuing an IPO. 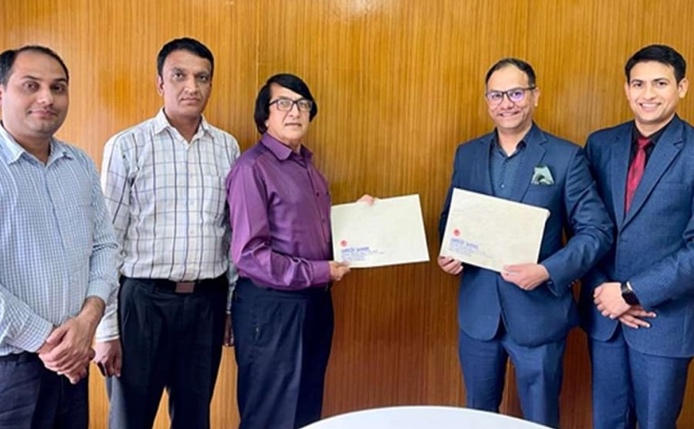 All people are thus notified that Music Nepal Limited and NIC Asia Capital Limited have reached an agreement regarding the recruitment of a sales and distribution manager. Chief Executive Officer Mr.Ramendra Rayamajhi and General Manager Mr. Uttam Thapa both signed the contract on behalf of Capital and Music Nepal Limited, respectively.

Music Nepal Limited is the first business of its kind in Nepal to launch an initial public offering. Under the IDEA to IPO service, NIC Asia Capital has been offering all necessary consulting services to businesses in any industry, from the time of the company's founding to the point at which the IPO is being issued. Previously under the same idea, NIC ASIA Capital provided IPO service to Mero Job Limited.

Music Nepal Limited was founded on the 24th of Shravan 2039 and began trial album production on the 2nd of Baisakh 2040. Since then, regular album manufacturing of Nepali music has begun. With the conviction that it can be grown as an industry and business, Music Nepal has fundamentally altered the view that music is merely a method of gratifying interests and aspirations. The company's primary goal is to promote Nepali music, art, and culture while bringing top-notch music, art, and culture into Nepali households and throughout the world.

As South Asia's first private recording studio, this business installed a cutting-edge thematic digital looping facility first. It also had the good fortune to be the first Nepali music organization to broadcast songs after securing licenses from international record labels. It is also the first South Asian music organization to be featured on the renowned Japanese television network NHK's Asia. With the Ministry of Education's blessing, this organization also had the good fortune to build Nepal Music School, which offers official music instruction. This business, which works in partnership with numerous music labels and creative individuals, also serves as a digital platform.

The MOMO App, which allows users to stream audio, video, and Nepali movies, is run by the same company that runs the most subscribed YouTube channel. This business is constantly trying to get Nepali movies, music, and video products on the international market.

Additionally, the head of the merchant bank, Mr. Damodar Rayamajhi, can be reached personally at ideatoipo@nicasiacapital.com for additional information regarding the company's "IDEA to IPO" service.