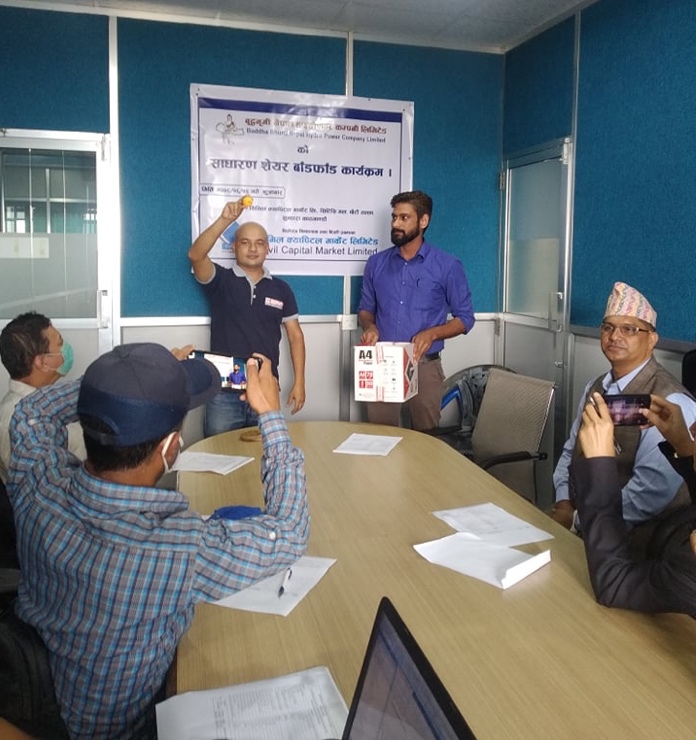 As per the allotment module, a total of 74,400 applicants were allotted 10 units each via lottery, and the remaining 19,40,522 applicants returned empty hands. 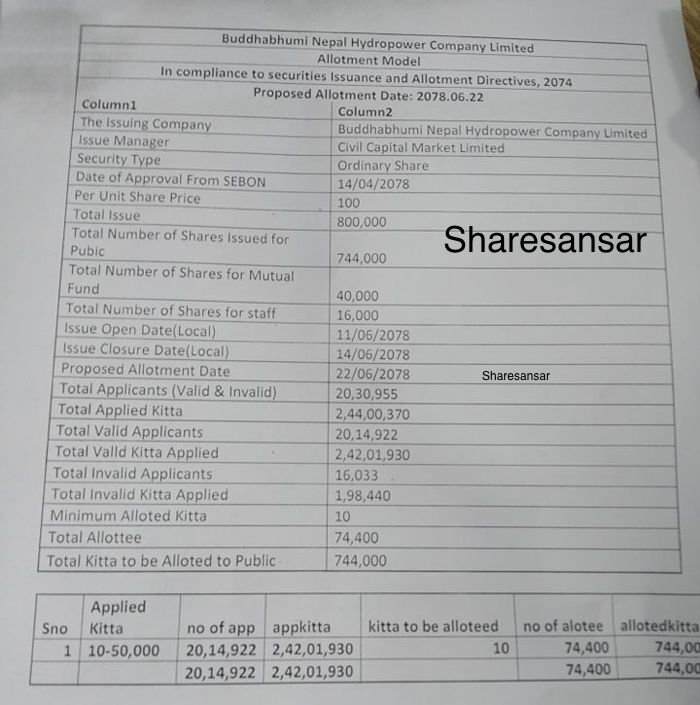 The IPO result can be accessed by iporesult.cdsc.com.np, Civil Capital Market Limited, and http://meroshare.cdsc.com.np.

After the IPO is issued in two phases, first to locals (4,00,000 units already issued) and then to the general public, the promoter: public shareholding ratio of the company will be 70:30, and paid-up capital will be Rs 40 crore.

ICRA Nepal Limited has assigned an [ICRANP] IPO Grade 4+ (Pronounced as ICRA NP IPO Grade Four Plus) to the Rs.12 crore IPO of Buddha Bhumi Nepal Hydro Power Company Limited. Instruments with this grading are considered to have below-average fundamentals.