According to the press release issued by both companies, the agreement for the acquisition of Century Commercial Bank Limited (CCBL) by Prabhu Bank Limited (PRVU) has been completed on Sunday, Shrawan 15. The agreement was signed in the meeting of the joint merger committee of both banks.

Through the initial agreement, four members of the seven-member board of directors will be from Prabhu Bank. Three will remain from the current Century Bank. Prabhu Bank's current CEO Ashok Sherchan will continue as the chief executive. 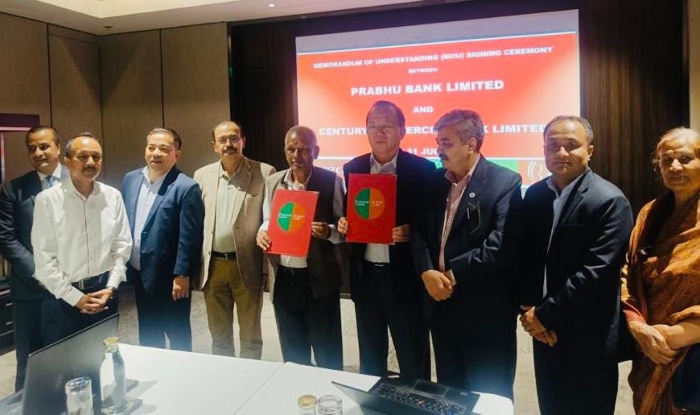 Nepal Rastra bank has already announced 10 types of concessions and facilities that it has been giving to the commercial banks that are going to merge through the monetary policy to be provided only to those doing integrated business within Poush month of the current fiscal year. Following this announcement, Prabhu and Century have entered into an agreement with the preparation of integrated business within the month of Poush.

The agreement between these two banks will no doubt result in a wider network to support business growth. Prabhu has offered a share swap ratio of 1:1 to Century due to its encouraging progress in key financial indicators recently.