Officials from Nepal Chamber of Commerce have paid a courtesy visit to Energy Minister Mr. Rajendra Lingden to urge the government to implement the government-declared moto “nepalko pani jantako lagani” in its true sense. 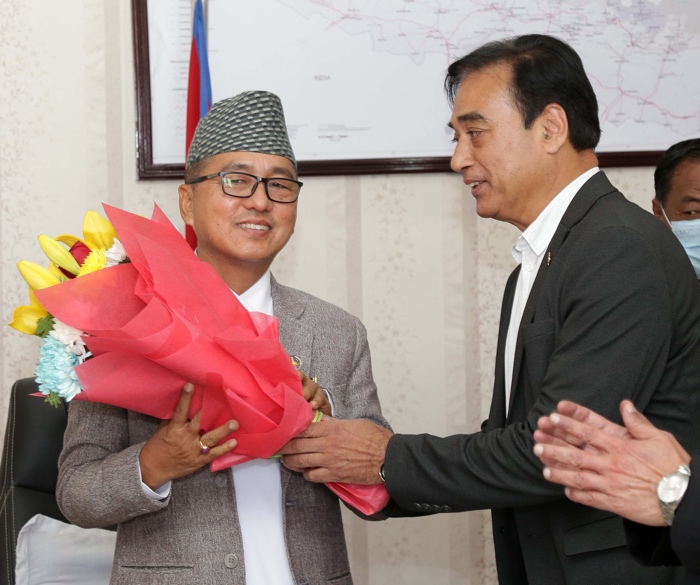 The delegation led by chamber chair Mr. Rajendra Malla has urged the government to ensure proper hydro development of the nation by putting in place the public-private partnership model while developing the hydro sector. The chamber has also urged the government to remove legal bottlenecks for the private sector to enter the field, the difficulties in land acquisition, difficulties during PPA and so on, as per the media statement.