A Peer To Peer Comparison Between Non Life Insurance Companies; How Did They Perform Individually In Q2?

Due to the global pandemic, all economic activities were halted across nations. Every business was affected, especially those with a brick-and-mortar business model. However, when we take a careful look at the numbers of non-life insurance, it seems that this sector has been growing at a steady rate. Previously, the business penetration was quite low and was not achieving its full potential but due to the covid-19, it has brought a favorable scenario for the insurance business which can be seen by the increasing numbers.

With the second-quarter report published by all the insurance companies, it is obvious that those with a strong business model and effective marketing strategies have shown better results. So, let's dive into the major indicators of non-life insurance in the second quarter of FY 2078/2079. 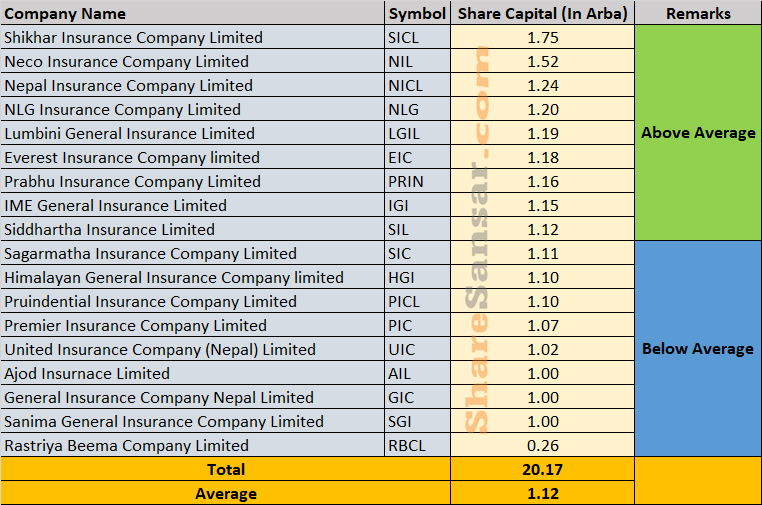 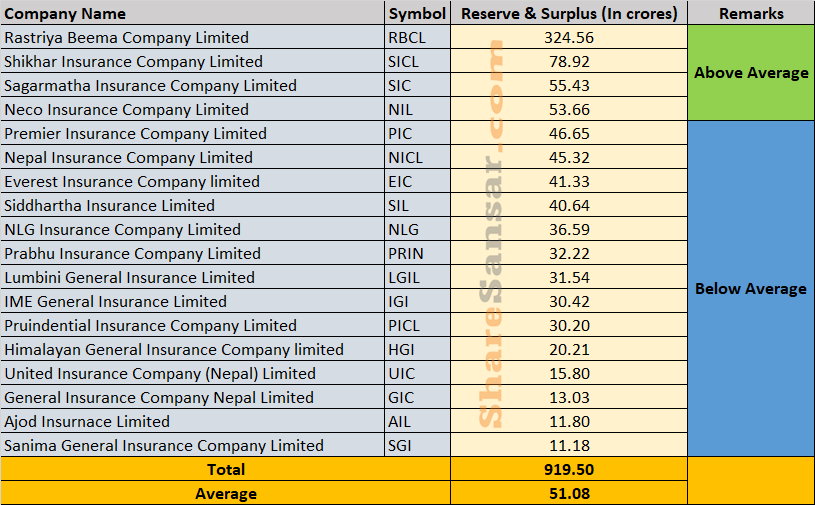 Insurance funds is that retained fund which the company has collected from its clients. This fund can be used by the company to earn profits for them, however not all the funds. If a client is issued a claim then the company has to use the fund to make the payment. 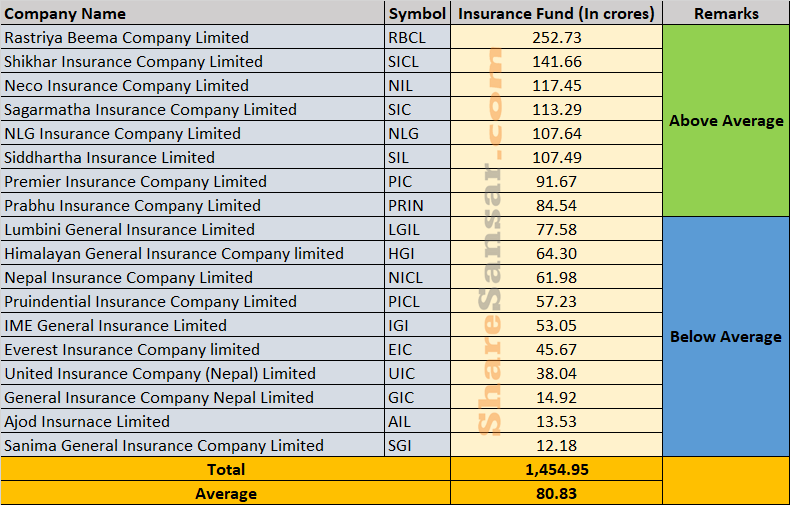 Premium is a monthly payment by the client for an insurance policy. Net Premium is the payment that the insurance company retains for the policy. The remaining premium is ceded to the reinsurer which allows them to reduce the risk exposure and the liability.

The average premium collection of all the non-life insurance companies stands at Rs. 40.95 crores where 8 companies have reported above industry average net premium. 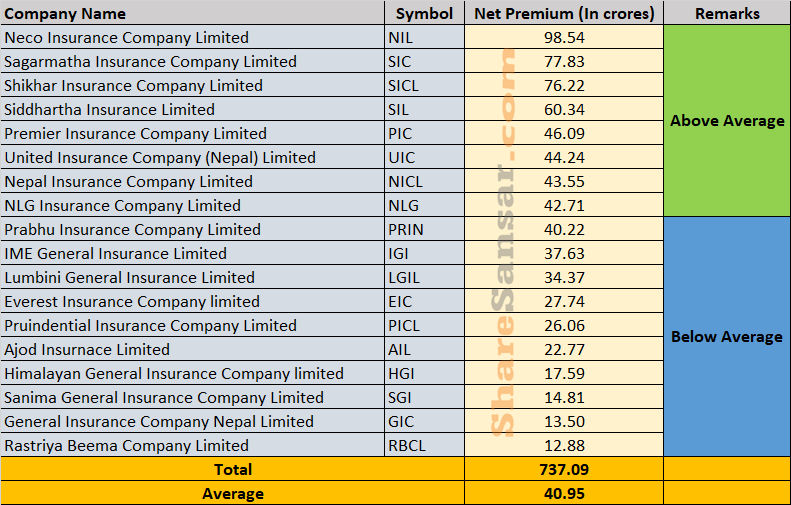 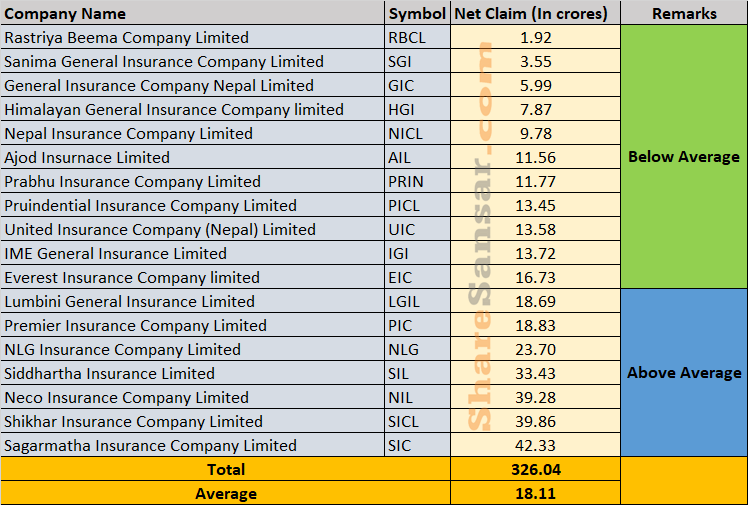 NOTE: Investors always needs to compare apple to apple meaning that when we see the claims that are being paid out, for an example Sanima General has onen of the lowest claims, however, it also has one of the lowest premium collection which signifies that the business is still small for Sanima General compared to Shikhar Insurance and other old players.

The average number of policies stood at 77,296.67 where 9 companies have reported their policies above the industry average. 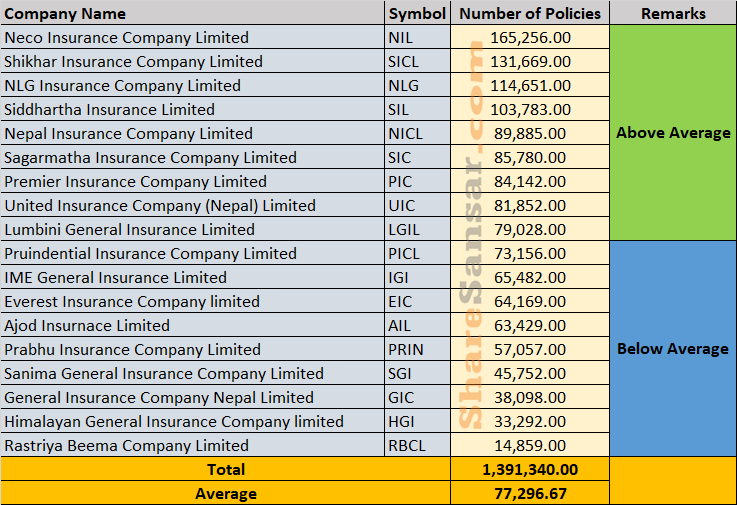 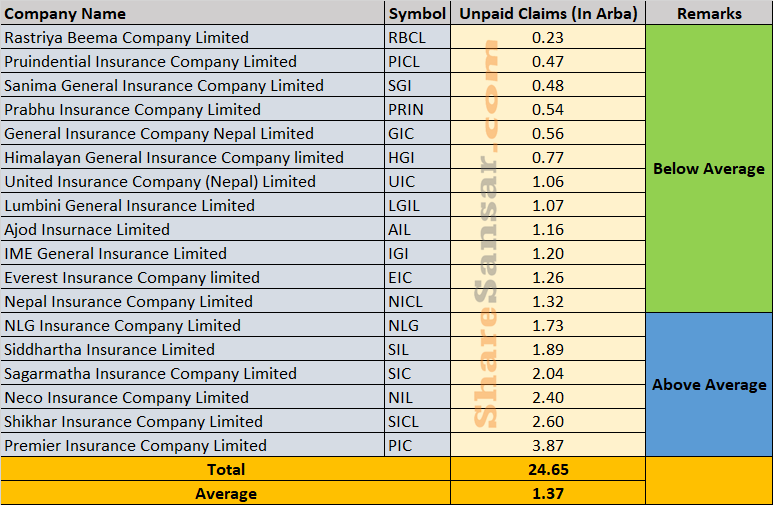 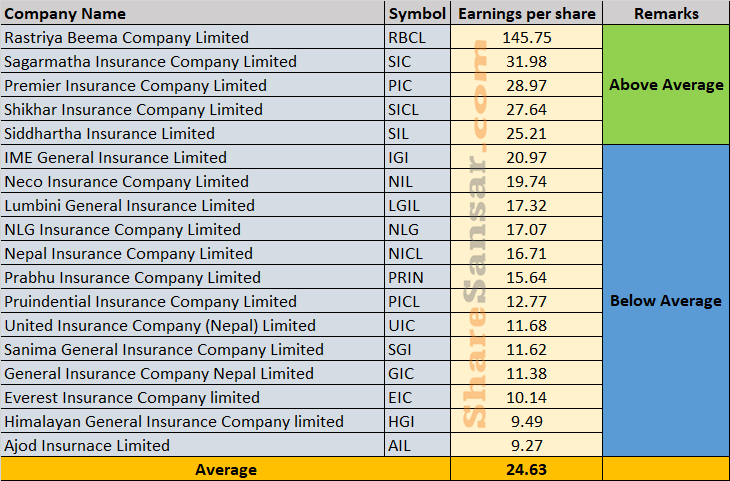 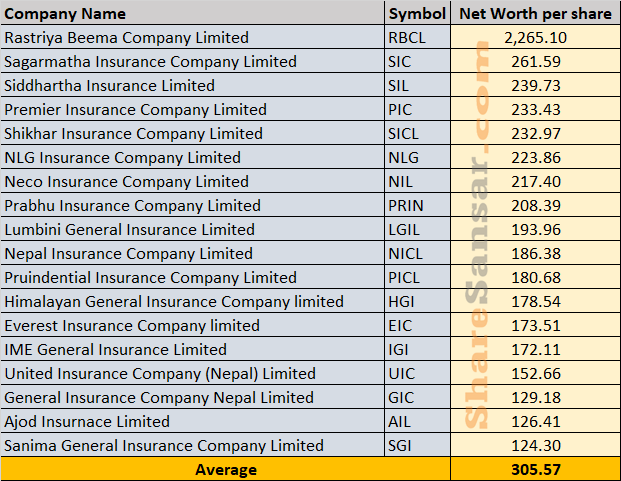 The lower P/E suggests that the investors have to pay relatively lower for a rupee of earnings than their competitors. The Average P/E stood at 60.83 times where 11 companies have reported a P/E below the industry average. 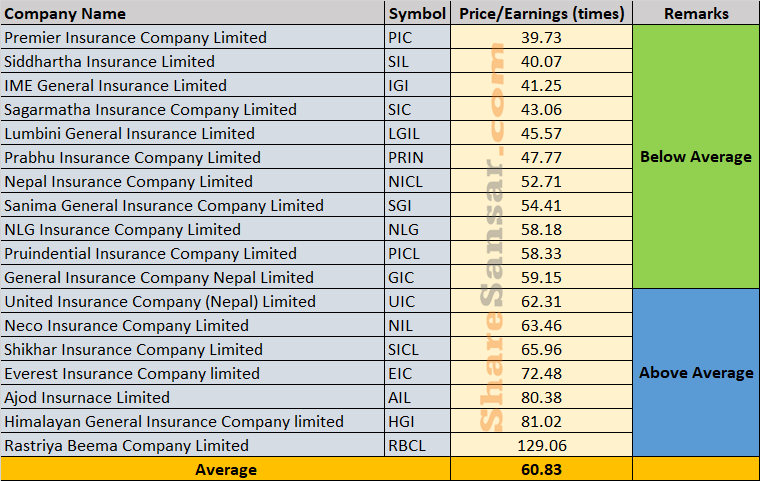 NOTE: The mentioned P/E is calculated based on the price of the qtr end price. So, investors are requested to calculate the P/E based on the current market price to come to a buying decision.

Finally, the below table illustrated the overall picture with the major indicators of 18 non-life insurance companies as of the second quarter of FY 2078/2079.

Observing the numbers reported by all the companies, it is obvious that the business volume has increased at a steady rate in this quarter. The opportunity provided by this pandemic is well grabbed by the insurance sector and the penetration of above 30% till the date is quite huge in terms of the relatively smaller market of Nepal.

When we observe the current policies the insurer has been issuing and their clients have been paying premiums, it indicates that the importance of insurance has been well perceived by the general people. If this continues then the insurance sector might be able to penetrate the broader market which might create better value for the shareholders in the long run.