The Nepalese life insurance industry got momentum in the last decade. The growth of the market has improved as compared to the previous decade, especially after the Earthquake in 2015 and the coronavirus outbreak-2019.

Life insurance sector is characterized as an oligopoly market where only a few companies dominate the entire market. The major factor to be considered by the customers and authorities that whether the market players are doing business in fair competition or not.

In this article, we will be focusing on the key parameters from the quarterly report published by all the life insurance companies which helps you decide which company fits in your investment criteria

So, let’s study the first-quarter performance of the fiscal year 2079/2080 of life insurance companies. 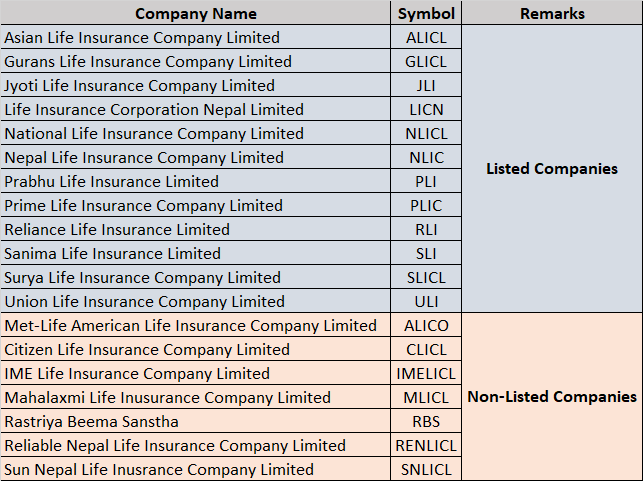 Out of 19 life insurance companies, 2 companies have reported a decline in their net profit. Whereas, Life Insurance Corporation Nepal Limited (LICN) has reported net loss of Rs. 59 Lakhs for Q1 of FY 2079/80.

Likewise, as per the reports, Reliance Life Insurance Limited (RLI) has collected the highest growth in net profit of 217.12% as compared to the relevant quarter of previous fiscal year, 2078/79. 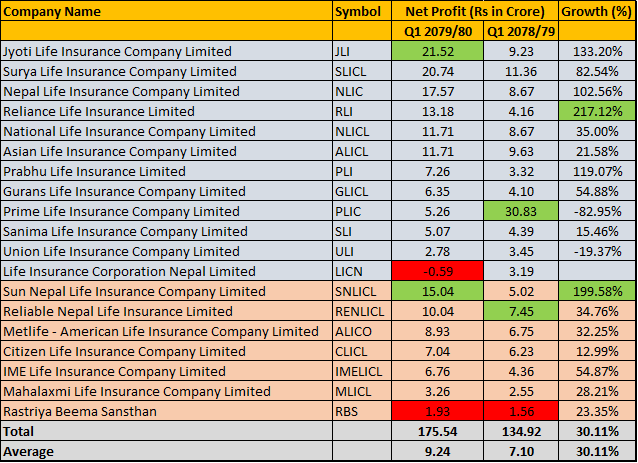 This is to be noted that the net profit figure of all companies is without the profit generated from the actuarial valuation of assets and liabilities. Which is reflected only in the audited report of the company.

Insurance Fund is a total fund collected from the premium paid by the clients for certain coverage. Unlike non-life insurance companies, the insurance fund of life insurance has to be paid back after the expiry date of the coverage. This fund can be invested in a low-risk investment. 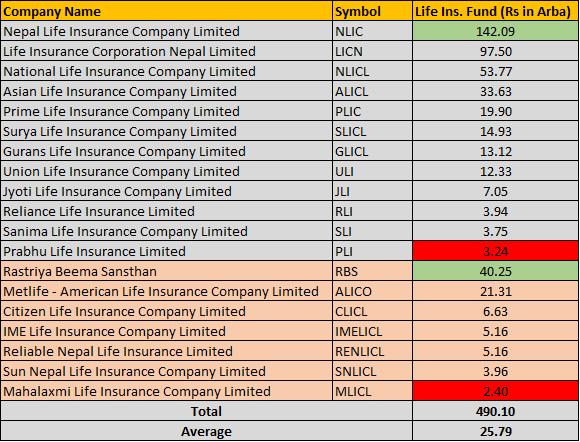 The total insurance fund of all the life insurance companies combined is Rs. 4.90 Kharba till the first quarter. 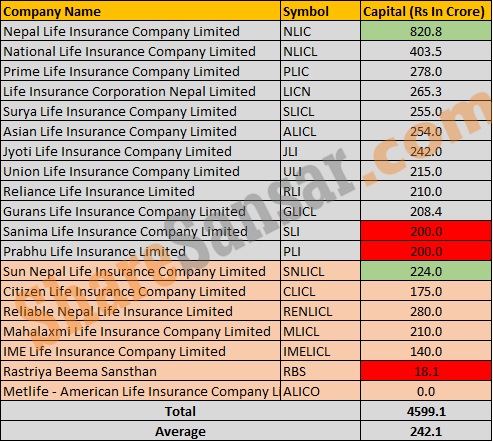 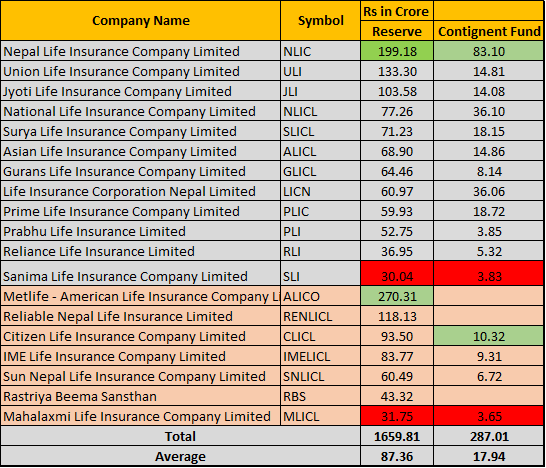 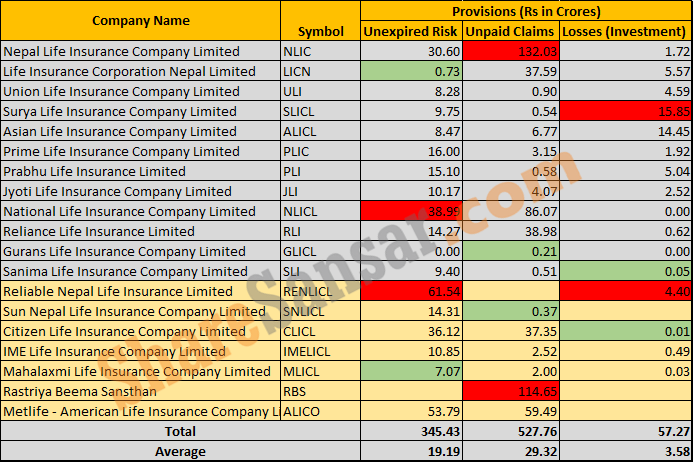 Among the listed insurance companies, NLICL is leading the chart with 16.69 lakh policies, whereas, from the unlisted ones, RENLICL has sold maximum 39.94 Lakh Policies. 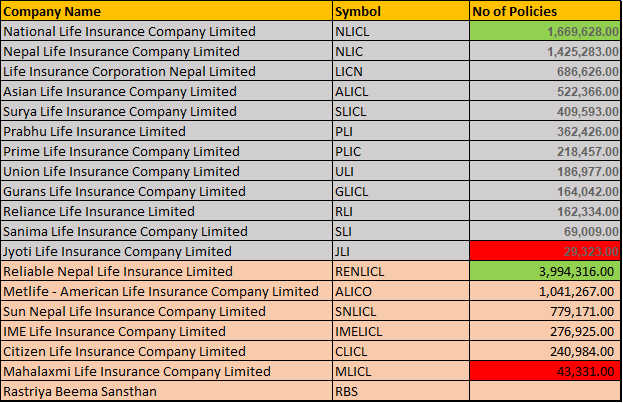 Net premium is a core business revenue for life insurance companies after ceding some portion of the premium to Re-insurer. 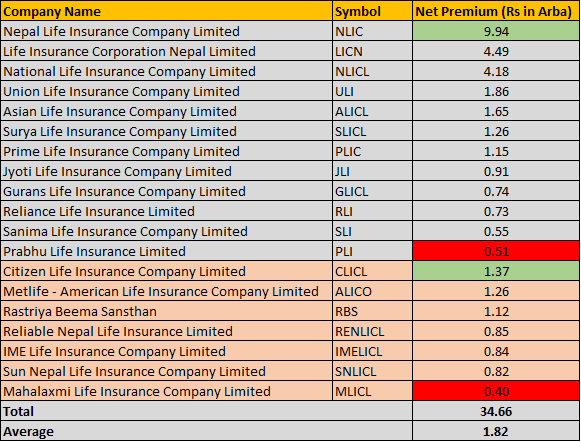 In this quarter, life insurance companies paid out a total of 13.58 arba of claims combined.

Likewise, out of non-listed life insurance companies, Mahalaxmi Life Insurance Company Limited (MLICL), has the least amount of net claim payment in this quarter which amounts to Rs. 6 Crores. 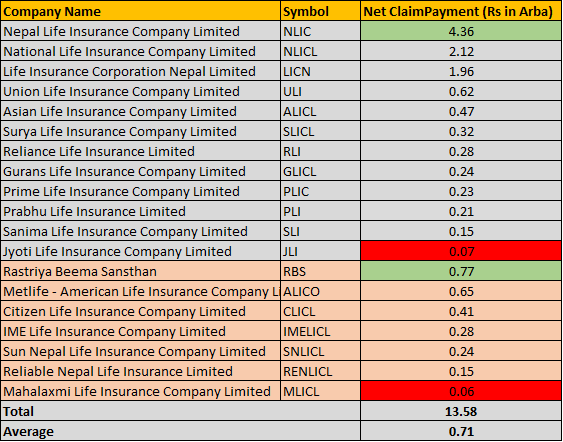 Out of 19 companies, 7 companies have reported their EPS above the industry average of Rs. 15.09 per share. 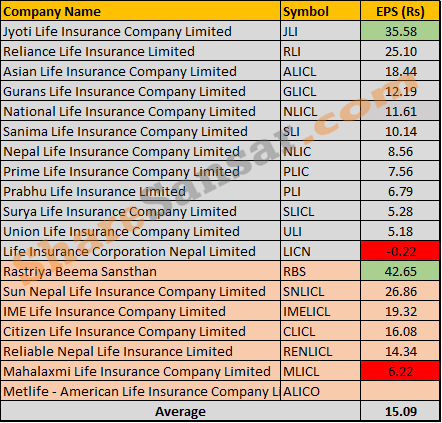 Among non-listed companies, Rastriya Beema Sanstha (RBS) has the highest net worth per share with Rs. 339.31 per share. 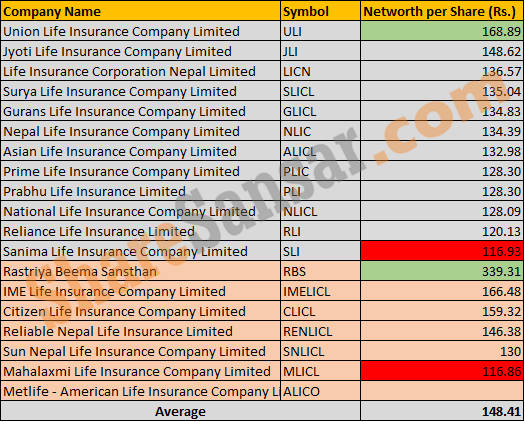 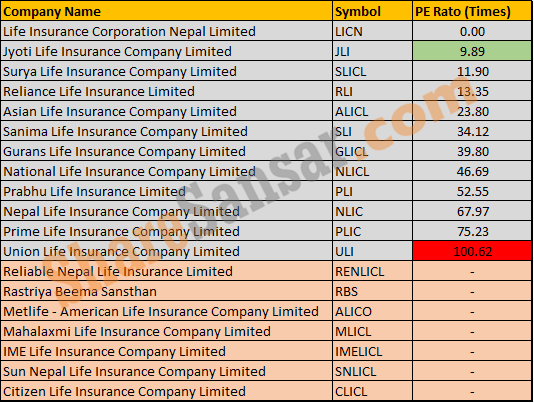 Finally, the table below shows the overall picture with the major indicators of 19 life insurance companies as of the first quarter of FY 2079/2080.

NOTE: After being compelled to merge by the regulatory body, the Insurance Board (Beema Samiti), in order to raise their paid-up capital, many life insurance businesses decided to merge with each other.