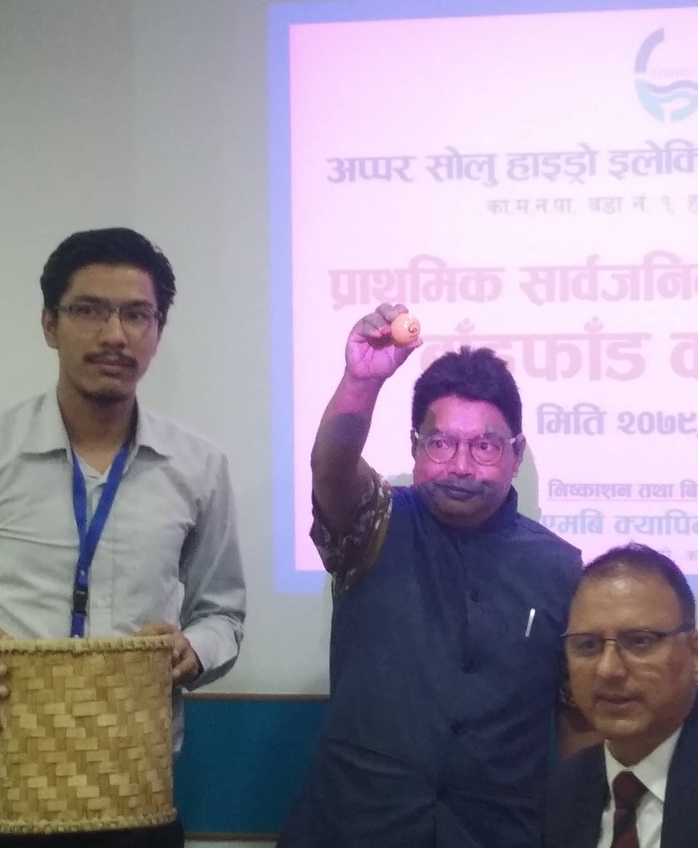 As per the allotment module, a total of 1,82,047 applicants were allotted 10 units each via lottery and further 5 lucky applicants get 1 unit extra and the remaining 12,64,938 applicants were returned empty hands.

In total 1,791 applicants who applied for 26,170 units were disqualified due to duplicate applications. 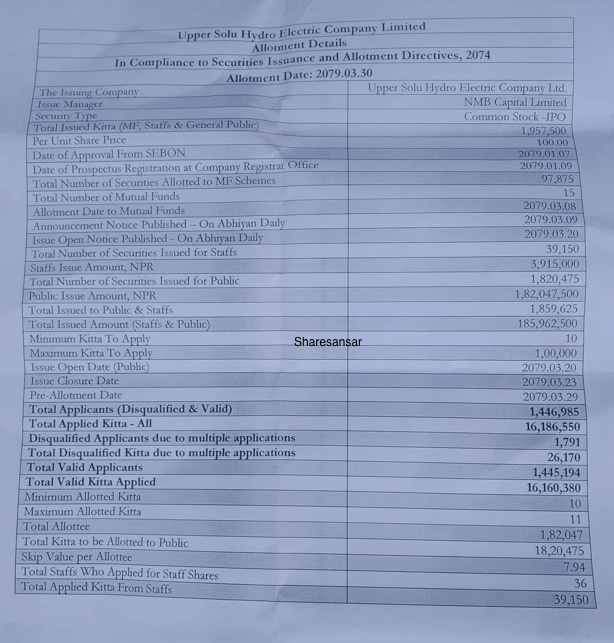 The IPO result can be accessed by CDSC IPO Result, NMB Capital, and MeroShare.

The total paid-up capital post allotment of the IPO shares will be Rs 1.35 arba.

ICRA Nepal has reaffirmed an issuer rating of [ICRANP-IR] BB+ (pronounced ICRA NP issuer rating double B plus) to Upper Solu Hydro Electric Company Limited (USHEC or the company). Issuers with this rating are considered to have a moderate risk of default regarding timely servicing of financial obligations.

Upper Solu Hydro Electric Company Limited (USHEC) was founded on May 28, 2010 as a private limited corporation, but on April 14, 2016, it was transformed to a public limited company to allow for public participation. The company is operating a 23.5MW Solu HEP in Solukhumbu district, Province 1 of Nepal. The project is a run-of-the-river (R-o-R) design with a 40% possibility of exceeding the target (Q40). The project, which was created at a total cost of NPR 5,000 million with a debt-to-equity ratio of 75.50: 24.50, began operations on March 23, 2020. The 23.5MW Solu HEP project is one of the Super-Six projects that the Nepalese Department of Electricity Development (DoED) considered at first.