IPO Allotment of Sahas Urja Limited Concludes; 6,44,000 Applicants to Be Allotted with 10 Units 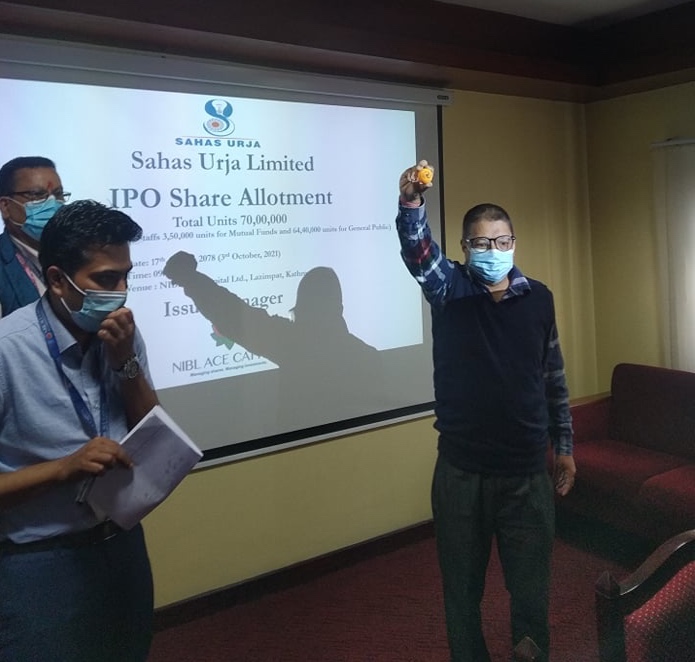 The company has issued a total of 1.05 crore unit shares to the locals and the general public via IPO in multiple phases. The first phase of the IPO is already issued and allotted to the locals of the project affected area. 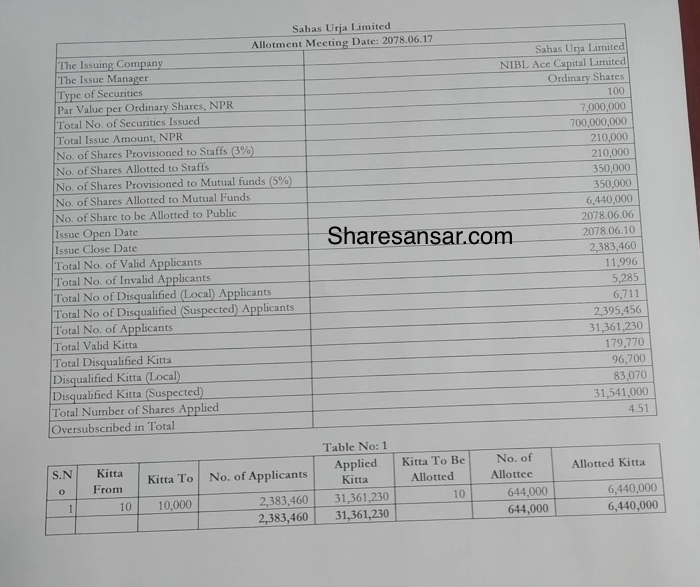 After the issuance of shares to locals and the general public; the company's paid-up capital will be Rs 3.50 arba and public and promoter shares holding will be 70:30.

The Solu Khola project is the biggest hydro project in Nepal promoted by the private power producers and is being built with a total estimated cost of Rs 11.86 Arba where NIBL led a consortium of nine banks that have lent Rs 8.65 Arba.

Incorporated in February 2014 as a private limited company, Sahas Urja Limited (Sahas) was converted to a public limited company in September 2014 to facilitate public participation. The paid-up capital of the company as of mid-July 2020 was NPR 2,450 million. The major promoters include Mr. Mahendra Kumar Giri (2.29% stake), Mr. Sushil Thapa (2.11%), Ms. Anupama Thapa (2.04%), and Mr. Him Prasad Pathak (1.94%), among others. The company plans to raise NPR 1,050 million, i.e. 30% of the total equity from general shareholders, through the proposed IPO issue. It is developing an 86-MW Solu Khola (Dudh Koshi) HEP in Solukhumbu District, Province 1 of Nepal. The project is a run-of-the-river (R-o-R) type and is being developed at a 40.70% probability of exceedance (Q40.70).