The IPO allotment of People's Power Limited (PEPL) is concluded today at the premises of Prabhu Capital Limited, Kathmandu. 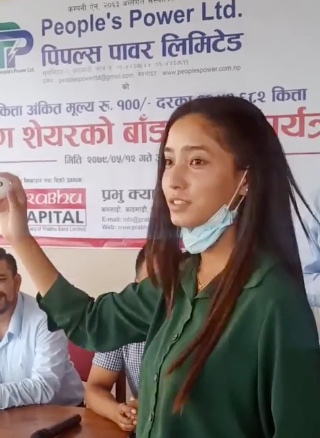 The issue had received applications from 1,551,413 valid applicants who had applied for a total of 16,910,620 units. The issue was oversubscribed by more than 7.37 times.

In total 5,112 applicants who applied for 60,000 units were disqualified due to duplicate applications and applicants applied in local issue. 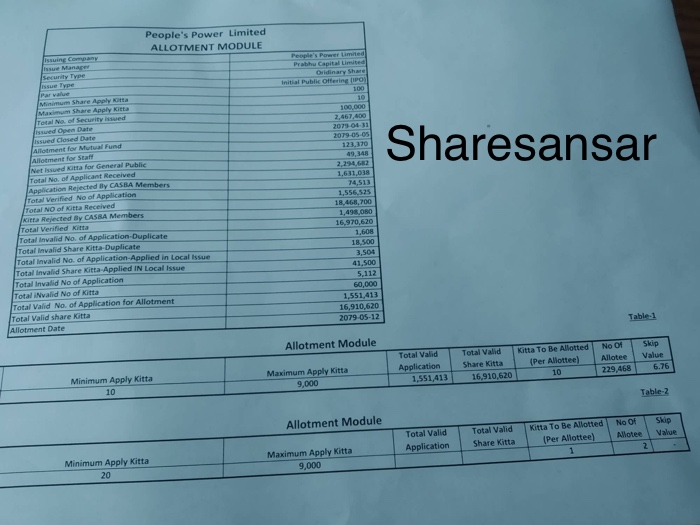 The IPO result can be accessed by CDSC IPO Result, MeroShare, and Prabhu Capital.

CARE Ratings Nepal Limited (CRNL) has reaffirmed the rating of ‘CARE-NP BB (Is)’ assigned to Peoples Power Limited (PEPL). Issuers with this rating are considered to have a moderate risk of default regarding the timely servicing of financial obligations in Nepal.

Peoples Power Limited was incorporated on January 26, 2017. It is promoted by individual promoters for the setting up of a 4.96MW run-of-river Upper Puwa-II hydropower project. The project is being constructed under “BOOT” (Build, Own, Operate and transfer) model and is located in Sakhejung and Maipokhari VDC of Ilam district of Nepal. The expected COD of the project is June 30, 2022.