The IPO allotment of Himalayan Hydropower Limited (HMHL) is concluded today at the premises of the issue manager Global IME Capital, Naxal, Kathmandu. 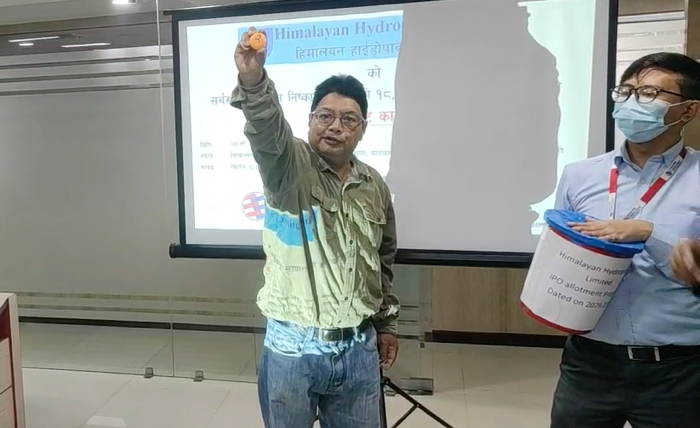 As per the allotment module, a total of 1,83,047 applicants were allotted 10 units each via lottery and further 2 lucky applicants get 1 unit extra and the remaining 14,10,749 applicants were returned empty hands.

In total 1,758 applicants who applied for 19,930 units were disqualified due to duplicate applications and applicants applied in local issues. 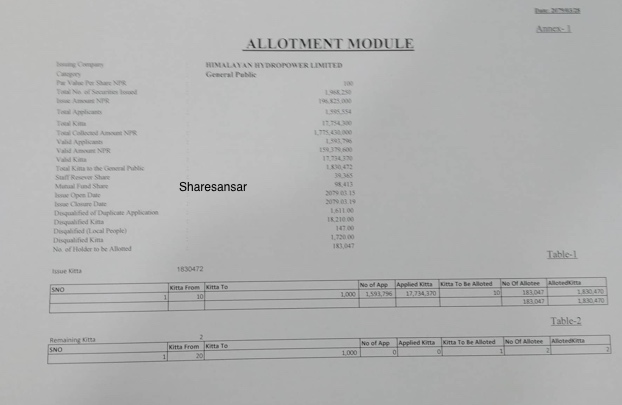 The IPO result can be accessed by CDSC IPO Result, Global IME Capital, and MeroShare.

The paid-up capital of the company will reach Rs. 1.09 Arba after the IPO issuance.

Incorporated in December 2004 as a private limited company, Himalayan Hydropower Limited (HHL) was converted into a public limited company in May 2017 to facilitate public participation. The company’s paid-up capital was ~NPR 664 million as of June 2019. The major promoters include Mr. Khom Bahadur K.C. (~20%), Mr. Min Bahadur Khadka Chhetri (~6%), and Mr. Sudhir Yadav (5%), among others. The promoter holding after the proposed IPO issue is expected to dilute to 75%, assuming full subscription. The shares of the company are proposed to be listed on the stock exchange post the proposed IPO.

The hydropower company has developed the 11.88MW Namarjun Madi hydroelectric project which is already in operation.