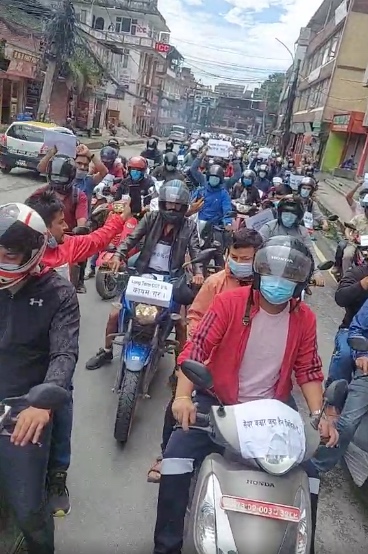 Investors have been pushing for the removal of the governor, saying the policy has had a negative impact on the capital market. The committee has warned of going on a hunger strike if the demand is not met. 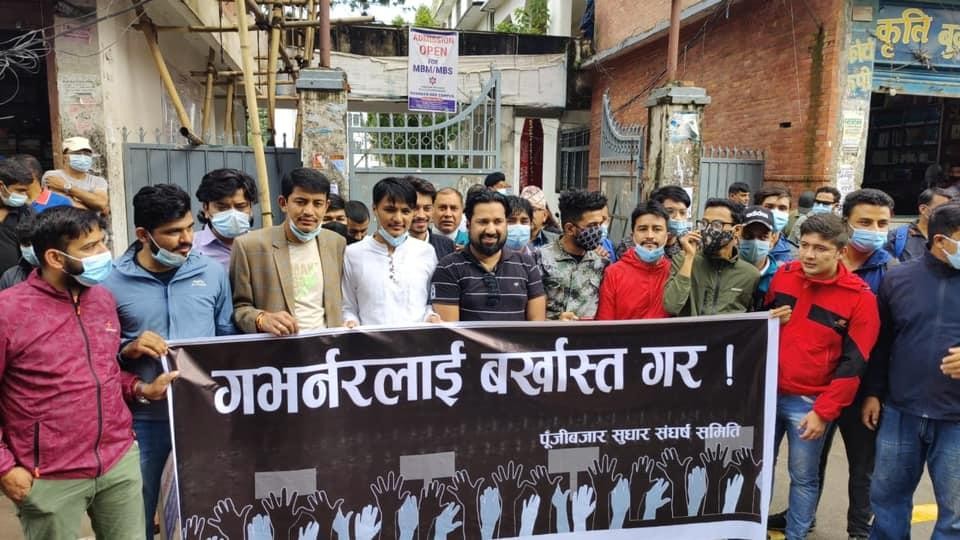 The committee held a bike rally from Shanker Dev Campus, Putalisadak, and surrounded the central bank. Disappointed investors have demanded the governor's resignation after the stock market continued to decline in the past few trading sessions, which many believe to have been caused by the market-unfavorable monetary policy.

The committee has demanded that the limit of Rs 12 crores on margin loans brought by the central bank through the monetary policy should be removed, the cap on dividends distributed by microfinance companies should be removed and the provisioning arrangement should be modified, among other demands. 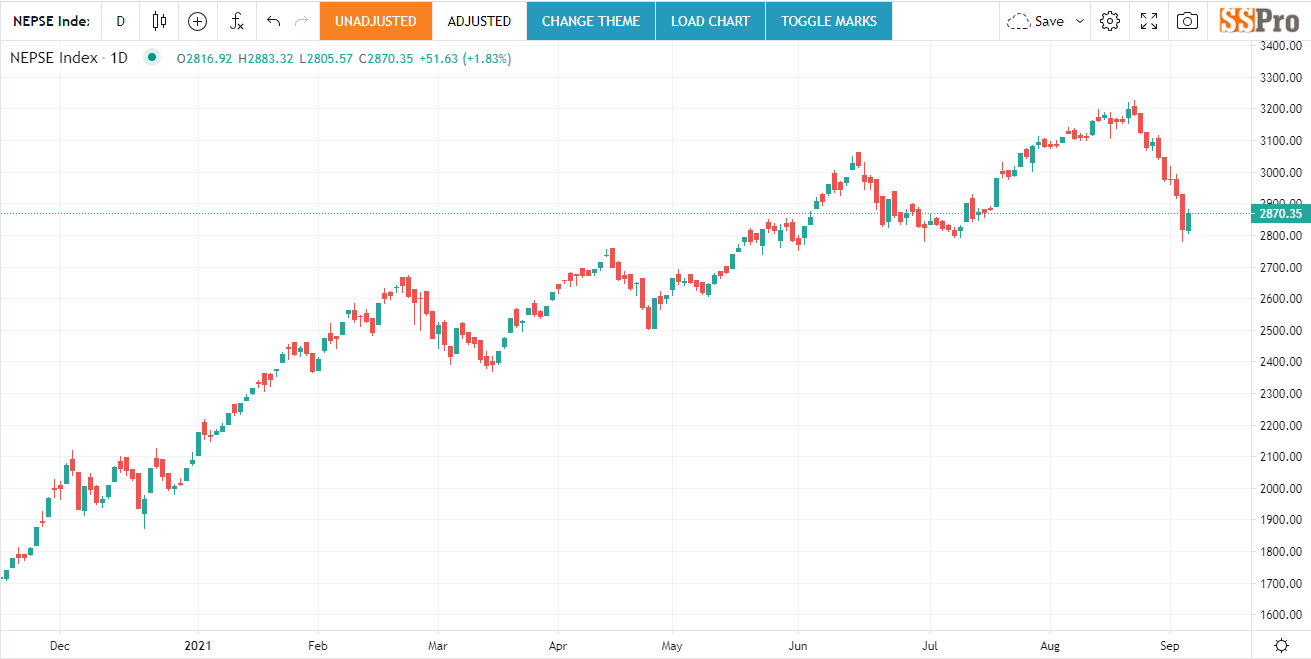 Does the reader support the protest? Do you think that the regulator has the authority to intervene after/ during a consequential market movement? The comment section welcomes opinions.

Securities Board of Nepal