Weekly Summary: NEPSE Came out of the Week Stronger, How Will the next Move Look Like?

The NEPSE index is up more than 25% compared to the same date last year. However, it is down more than 10% from the all-time high of 3,198.60 created around four months ago. Nonetheless, the index has bounced back around 26% after reaching the nearest intraday low of 2,259.63 on December 13 (most recent pivot low). 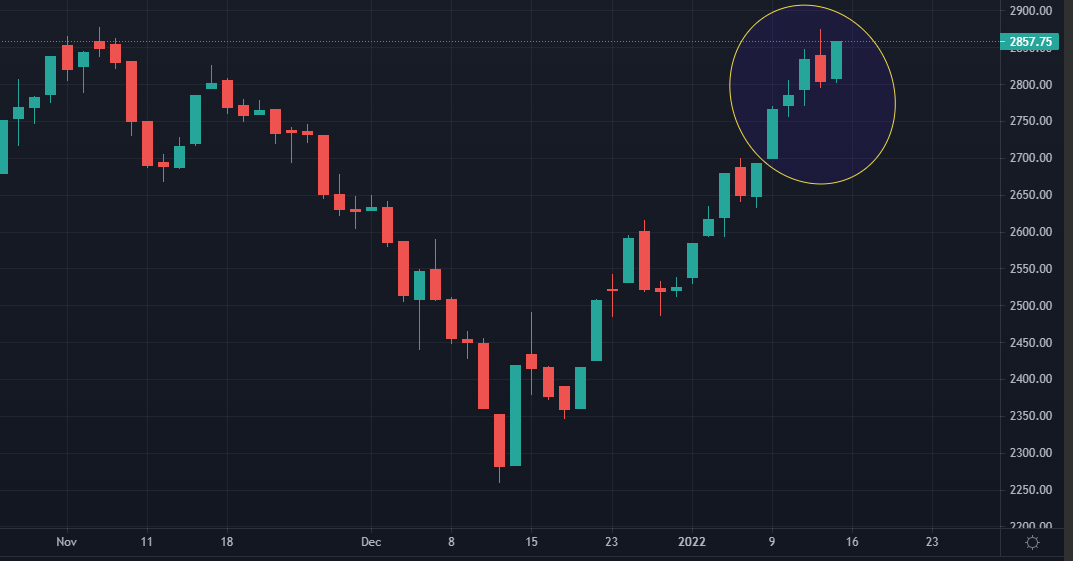 The first trading day (Sunday) this week formed a promising green candle, a gain of 2.71% on the index. The index kept gaining in the next two trading days. The bullish sentiment then seemed to have fizzled out, as the index lost 30.51 points on Wednesday. However, the bulls dominated the trading session on Thursday, and the index gained 54.13 points.

The RSI reading on the daily timeframe is 68.94. It should be noted that the index crossing over 70 does not immediately indicate the possibility of a downtrend, although it denotes overbought conditions. Stocks and indices frequently venture in and out of the 70-100 zone during an uptrend. Meanwhile, the RSI reading on the weekly chart is 56.70.

During market falls, the volume is dry and during bullish days, there is a general increase in volume. In this week, there was a significant rise in the daily turnover. The volume on Wednesday was the highest since September 20 last year. 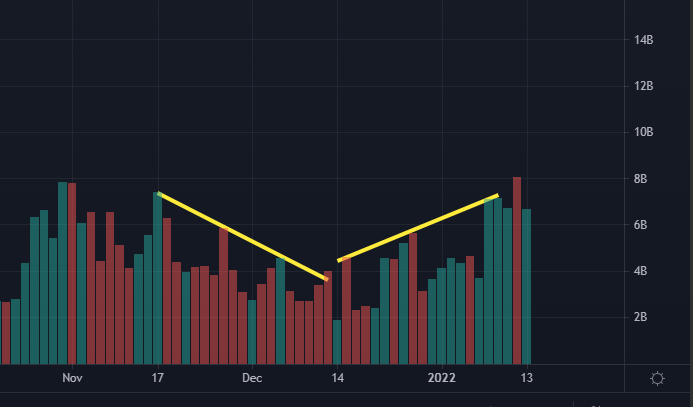 After the index broke out from the supposed resistance at 2,800 this week, it had retested the level the next day with a loss. However, the index eventually rose in subsequent sessions.

Nonetheless, it can be ascertained that the index is still inside the stronger resistance zone starting from 2,800 to 2,880. If it eventually breaks above this zone, the index may need stronger market participation to rise any further. This is because as the index rises, it approaches the all-time high. All-time highs are difficult to break until the move is supported by significant volume.

More than 6.92 crore unit shares worth Rs 35.65 Arba have been traded through 4.04 lakh transactions this week. The current market capitalization of NEPSE stands at Rs. 4,037,127.22 million.

The NEPSE index increased by 6.14% this week. The Development Bank sector gained the most this week with an increment of 16.94%. 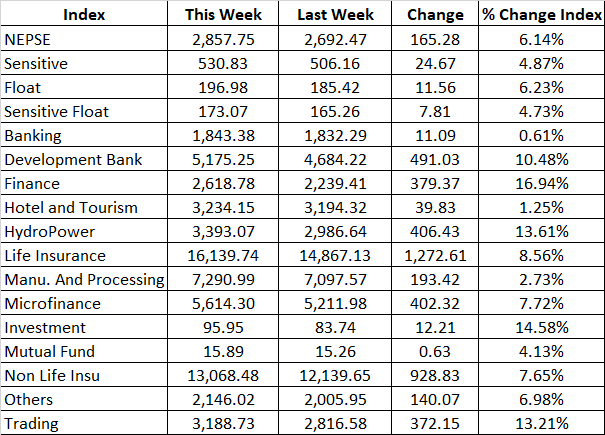 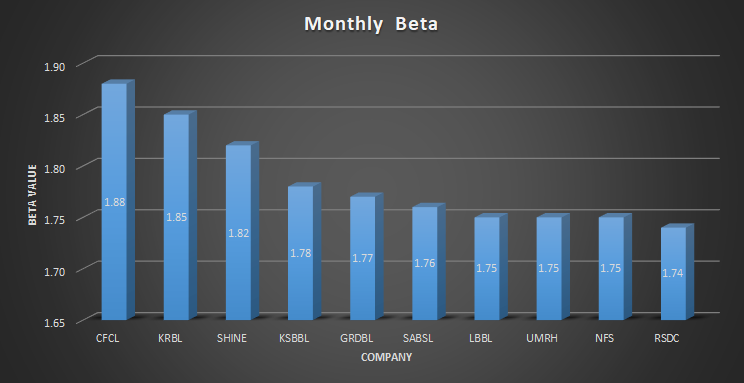 Top Ten Losers of the week:
Corporate Development Bank Limited (CORBL) price has decreased by 29.87% and its LTP stands at Rs. 270.

Api Power Company Limited (API) is the top traded company of the week. A total of Rs. 1.13 Arba worth of API shares were traded this week.

Naasa Securities Co.Ltd (Broker No- 58) was the top buyer broker of this week and it has bought stocks worth Rs 2.03 Arba. 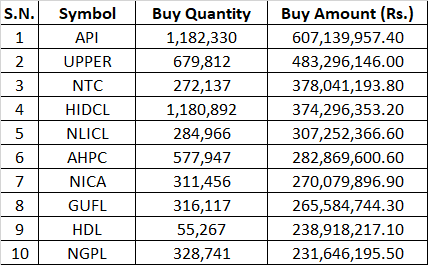 Naasa Securities Co.Ltd (Broker No- 58) was the top seller broker for this week. The brokerage firm has sold stocks worth Rs 2.22 Arba. 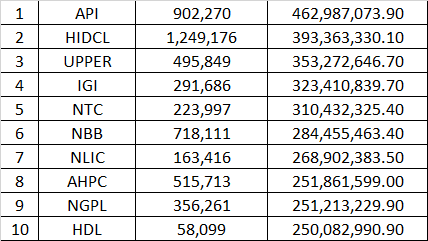