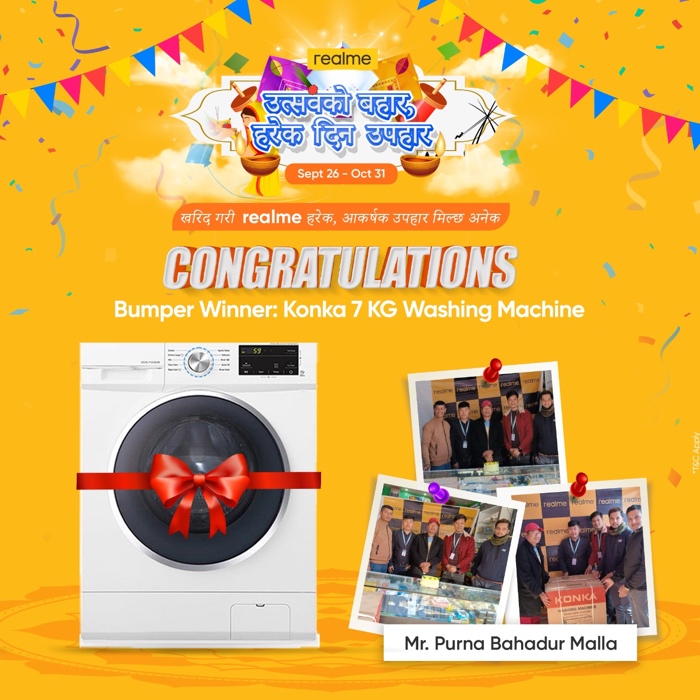 The offer started from September 26thto October 31stat 00:00 hrs on realmecampaigns.com. During the festive days, realme had offered its buyers various gifts including smartphones, a TV, and a washing machine. During the offer, customers also got a chance to win a Konka mixer, heater, vacuum cleaner, rice cooker as daily prizes and realme C30 (232GB) as weekly prizes.

Congratulating the winners, Mr. Munish Giri, Country Head, realme Nepal, said, “I would like to congratulate all the bumper prize winners as well as weekly and daily winners. realme has always been at the vanguard of technology and innovation, which has been greatly cherished by our consumers. I am thankful to all the customers who have showered us with their loyalty and trust for the brand.”

During the festive season, realme had brought some of the most exciting offers, to add sprinkles on top of the extreme value-for-money smartphones they already have on offer. To qualify for the campaign, customers needed to register their newly bought smartphone in realmecampaigns.com by providing details like IMEI number, phone number, smartphone model and customers name to participate in the campaign.