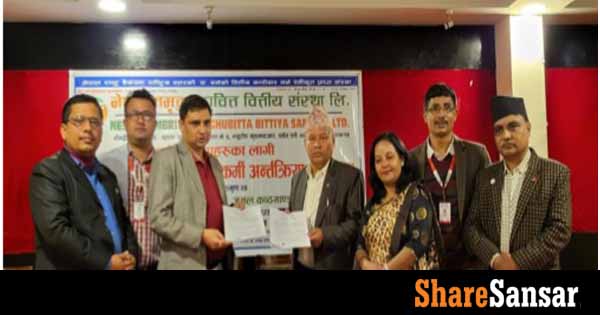 The agreement for the same was signed on Falgun 24, 2078 between MD of the microfinance Mr. Biswo Prasad Prasain and CEO of the Merchant banker Mr. Paras Mani Dhakal, as per the statement.

The microfinance company currently has its presence in 12 districts serving 88 thousand rural households and recently floated 8.28 lakh unit ordinary shares to the general public, mutual funds and employees of the company, as per the media statement.