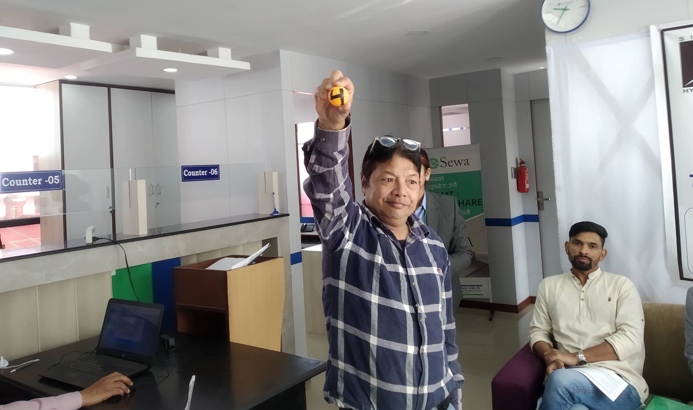 The company intends to collect Rs 11.50 crore from this IPO. The paid-up capital of the company will reach Rs. 85 Crores after the IPO issuance.

As per the allotment module, a total of 105,800 applicants were allotted 10 units each via lottery, and the remaining 1,406,737 applicants were returned with empty hands.

In total 1,251 applicants who applied for 19,350 units were disqualified due to duplicate applications. 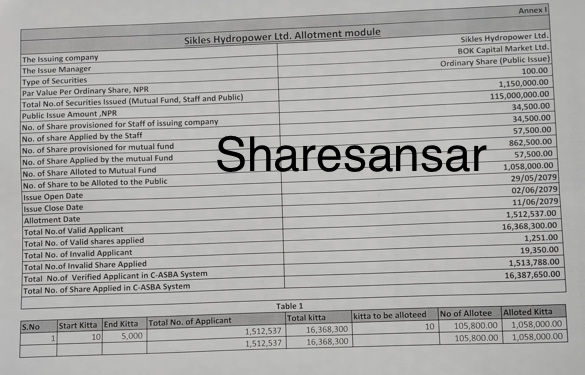 The IPO result can be accessed by CDSC IPO Result, MeroShare, and BOK Capital Markets Limited.

CARE Ratings Nepal Limited (CRNL) has assigned an Issuer rating of ‘CARE-NP BB+ (Is) [Double B Plus (Issuer Rating)]’ to Sikles Hydropower Limited (SLHL). Issuers with this rating is considered to have a moderate degree of safety regarding timely servicing of financial obligations, in Nepal.