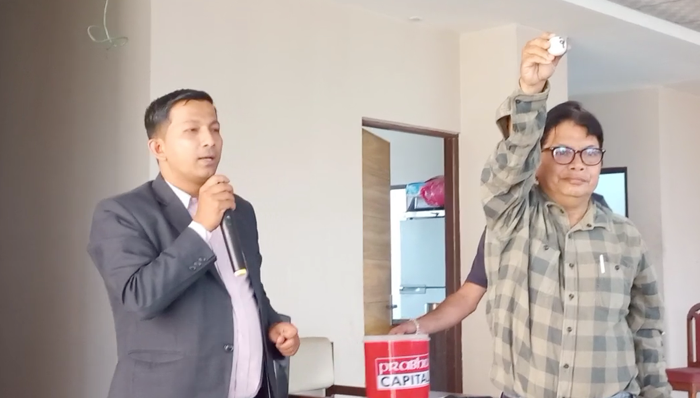 In total 3,819 applicants who applied for 47,600 units were disqualified due to duplicate applications and applicants applied in local issues. 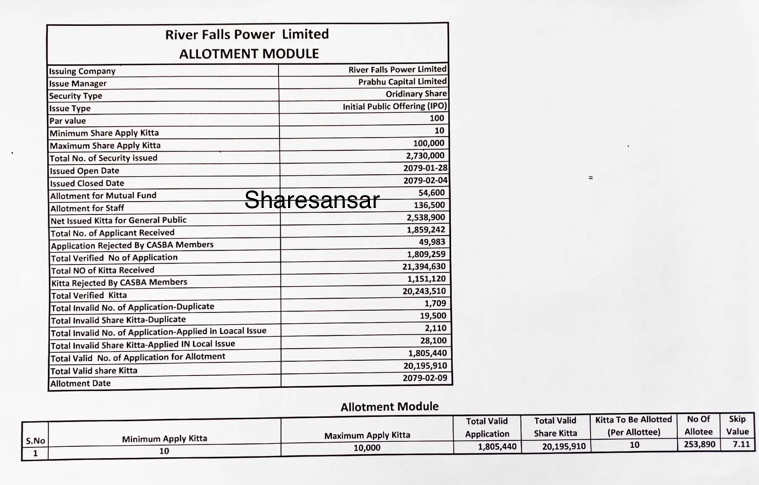 The IPO result can be accessed by CDSC IPO Result, Prabhu Capital, and MeroShare.

10% of the company's issued capital is already issued to the locals and 39% to the general public.

CARE Rating Nepal has assigned 'CARE-NP BB-(Is)' to River Hills Power Limited. The grade assigned to any individual issue is considered to have a moderate risk of default regarding timely servicing of financial obligations.

River Falls Power Ltd (RFPL) is a Public limited company, incorporated on October 5, 2004, as a private limited company, later on, converted to a public limited company in October 2015. The company has been set up to build, own and operate a 10.30 MW run-of-river, Down Piluwa Khola Small Hydropower Project in the Sankhuwasabha district of Nepal. The major shareholders of the company as of July 16, 2020, are Mr. Dinesh Gurung (holding 16.12%), Ms. Mithila Shrestha (holding 9.46%) and Mr. Subhash Upreti (holding 7.36%) are major individual shareholders. The company also has 10 institutional shareholders (holding 15.02%), including Maya Khola Hydropower Company, Global Holding, and Sunrise holding.