IPO Allotment of Adarsha Laghubitta Bittiya Sanstha Concludes; 1 in Every 267 Applicants to Be Allotted with 10 Units 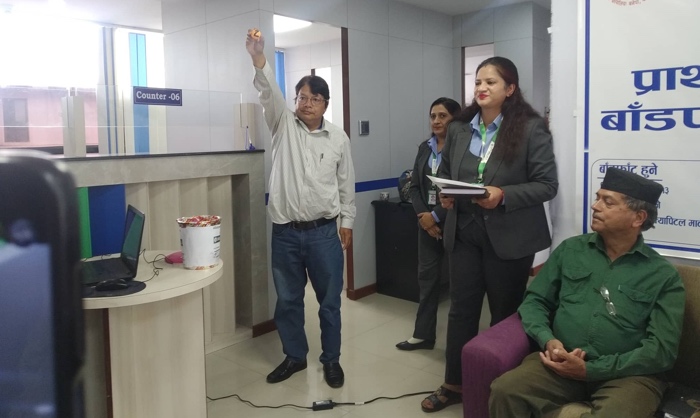 As per the allotment module, a total of 6,261 applicants were allotted 10 units each via lottery and further 5 lucky applicants get 1 unit extra and the remaining 16,66,533 applicants were returned empty hands.

In total 1,858 applicants who applied for 22,440 units were disqualified due to duplicate applications. 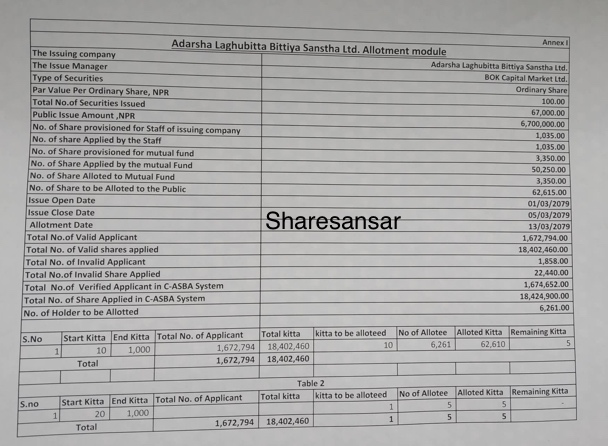 The IPO result can be accessed by CDSC IPO Result, BOK Capital, and MeroShare.

CARE Ratings Nepal Limited (CRNL) has assigned the rating of ‘CARE-NP B+ (Is)’ to Adarsha Laghubitta Bittiya Sanstha Limited (ALBS). Issuers with this rating are considered to have a high risk of default regarding timely servicing of financial obligations.

Adarsha Laghubitta Bittiya Sanstha Limited (ALBS) is a “D” class Province Level microfinance institution with the approval of operation in only Bagmati Province through 13 districts. It was incorporated on May 23, 2018, and commenced operations in January 2019. It is promoted by institutions and individuals from different backgrounds and is primarily engaged in providing microfinance loans based on the Joint Liability Group (JLG) model with each group consisting of a minimum of five members.