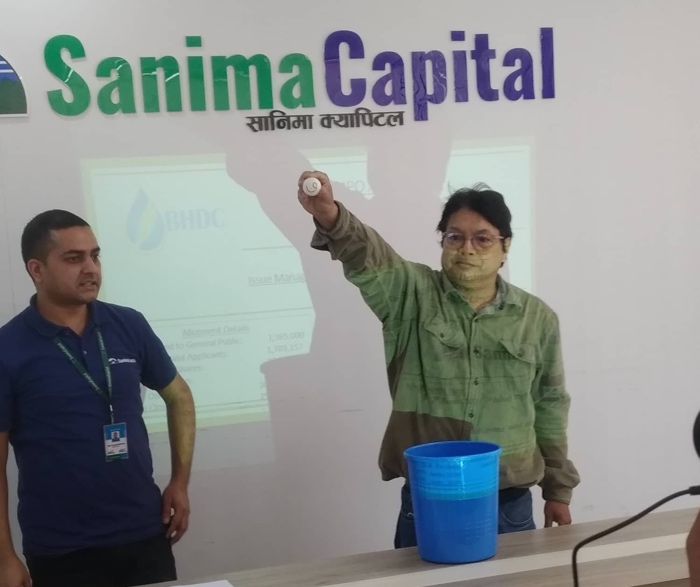 In total 2,738 applicants who applied for 32,540 units were disqualified due to duplicate applications and applicants applied in local issues. 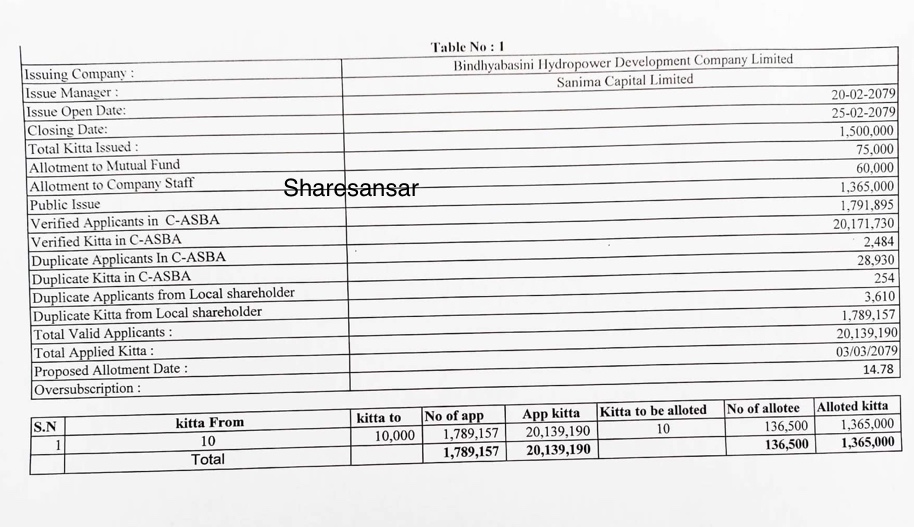 The IPO result can be accessed by CDSC IPO Result, Sanima Capital, and MeroShare.

Sanima Capital Limited has been appointed as the issue manager for the IPO issuance. Applications can be placed for a minimum of 10 units and a maximum of 1,00,000 units.

10% of the company's issued capital is already allotted to the locals of the project-affected area and now this 15% is for the general public.

CARE Ratings Nepal has assigned a double B plus issuer rating [CARE-NP BB+ (Is)] to the company. Companies with this grading are considered to have a moderate risk of default regarding timely servicing of financial obligations.

Bindhyabasini Hydropower Development Company Ltd. (BHDCL) is a Public Company, incorporated on December 18, 2000 as a private company and later on, converted to a public limited company in March 13, 2017. BHDCL has two operational run of the river hydropower project; 8.8 MW Rudi Khola-A Hydropower Project (Rudi A) and 6.6 MW Rudi Khola-B Hydropower Project (Rudi B). Rudi A is operational since Mid-March 2019 whereas Rudi B is operational since Mid-February 2020. The project is constructed under BOOT model (Build, Operate, Own, and Transfer).

NEPSE To Close AON Feature In Selling Order From Next Week