Will the Nepal Stock Exchange (NEPSE) Index cross over 5000 in future? I can see this discussion among fellow investors around me from time to time. In this article, I will answer the question with reference to the previous bull and the Index data collected from 2012 September 13 to 2022, September 13.

The entire process will be presented step by step for easier understanding of readers with the python code used in the project: 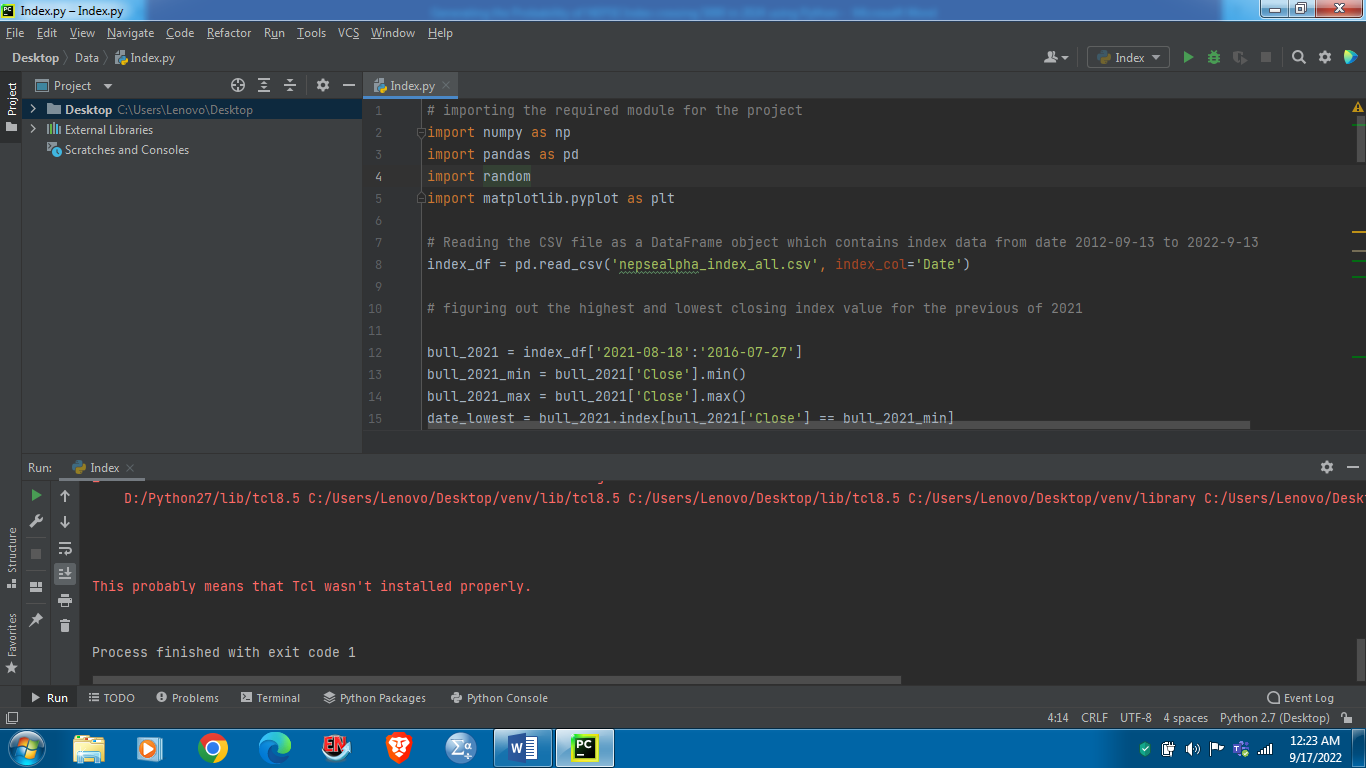 First, I imported the required modules used for data analysis and presentation and the file ‘nepsealpha_index_all.csv’ which contains the NEPSE index data from 2012 September 13 to 2022, September 13. 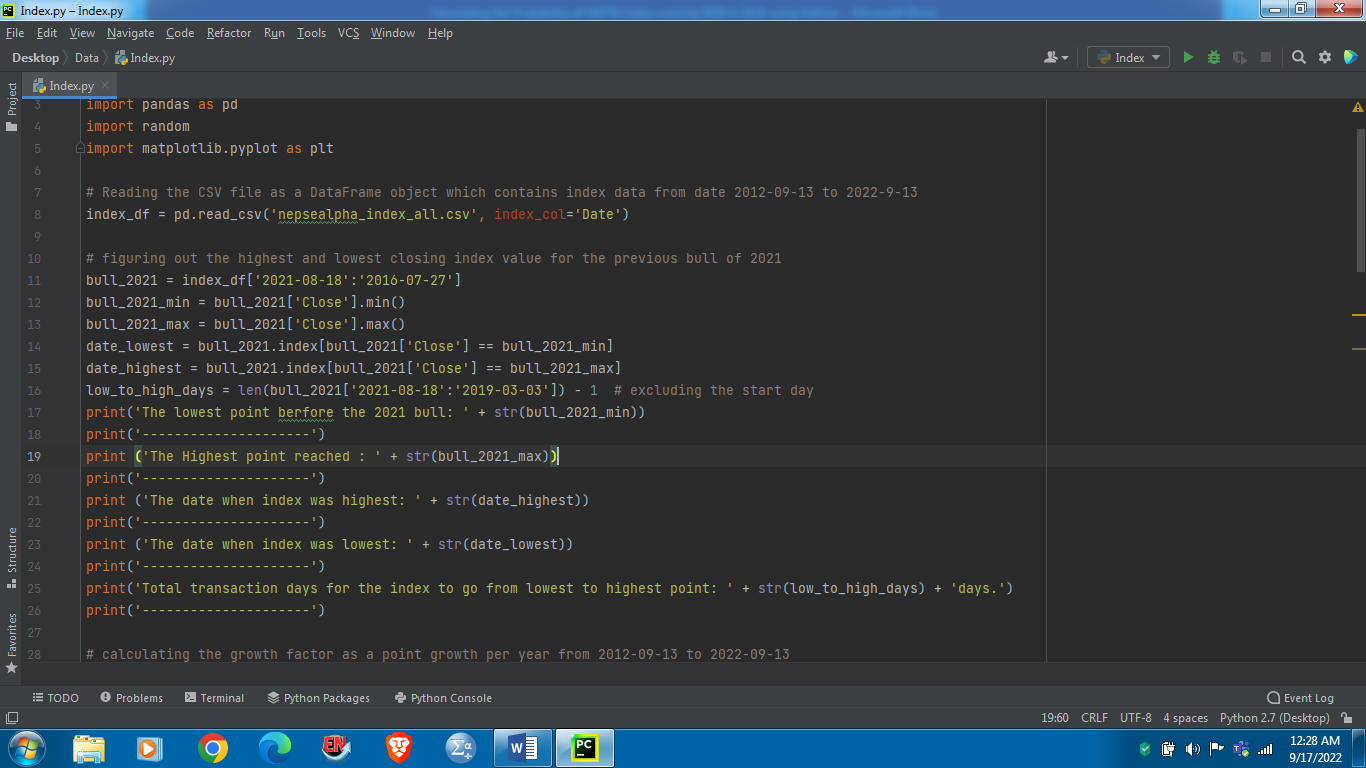 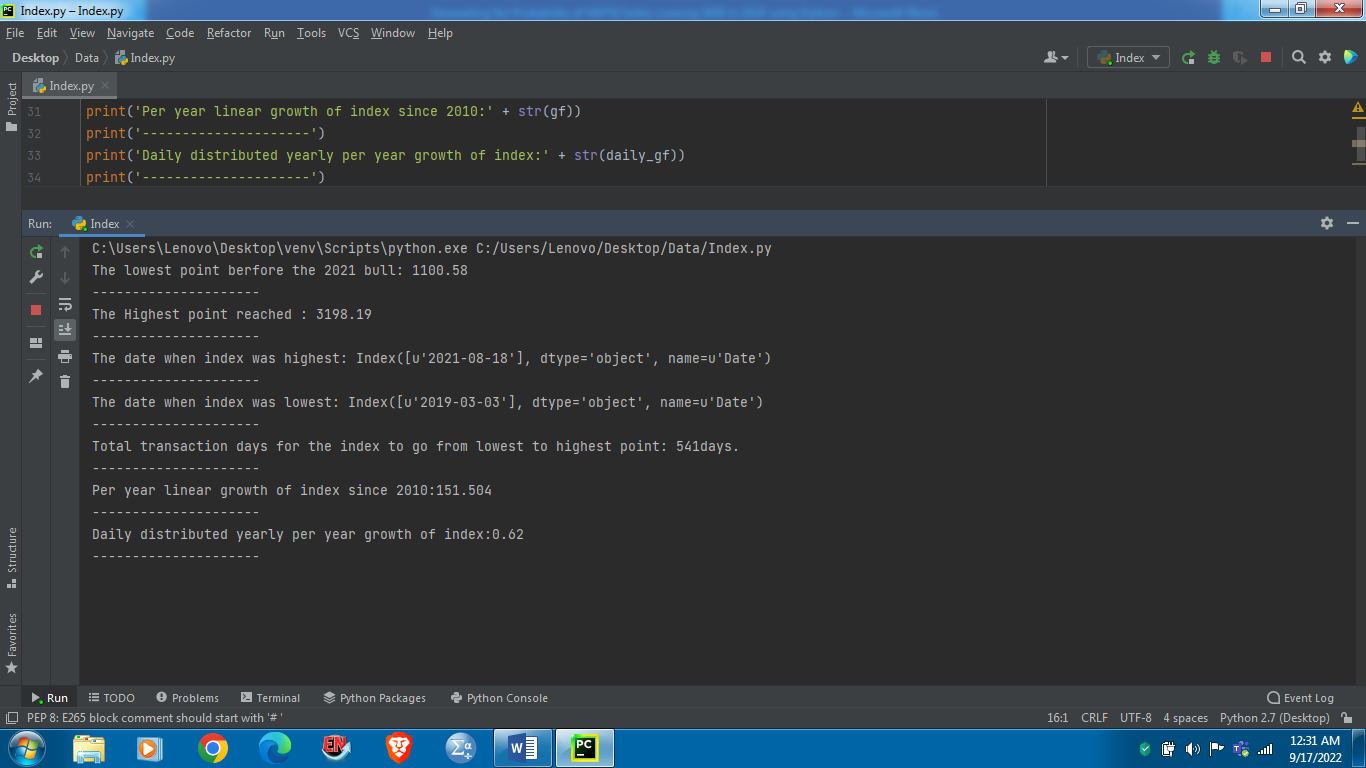 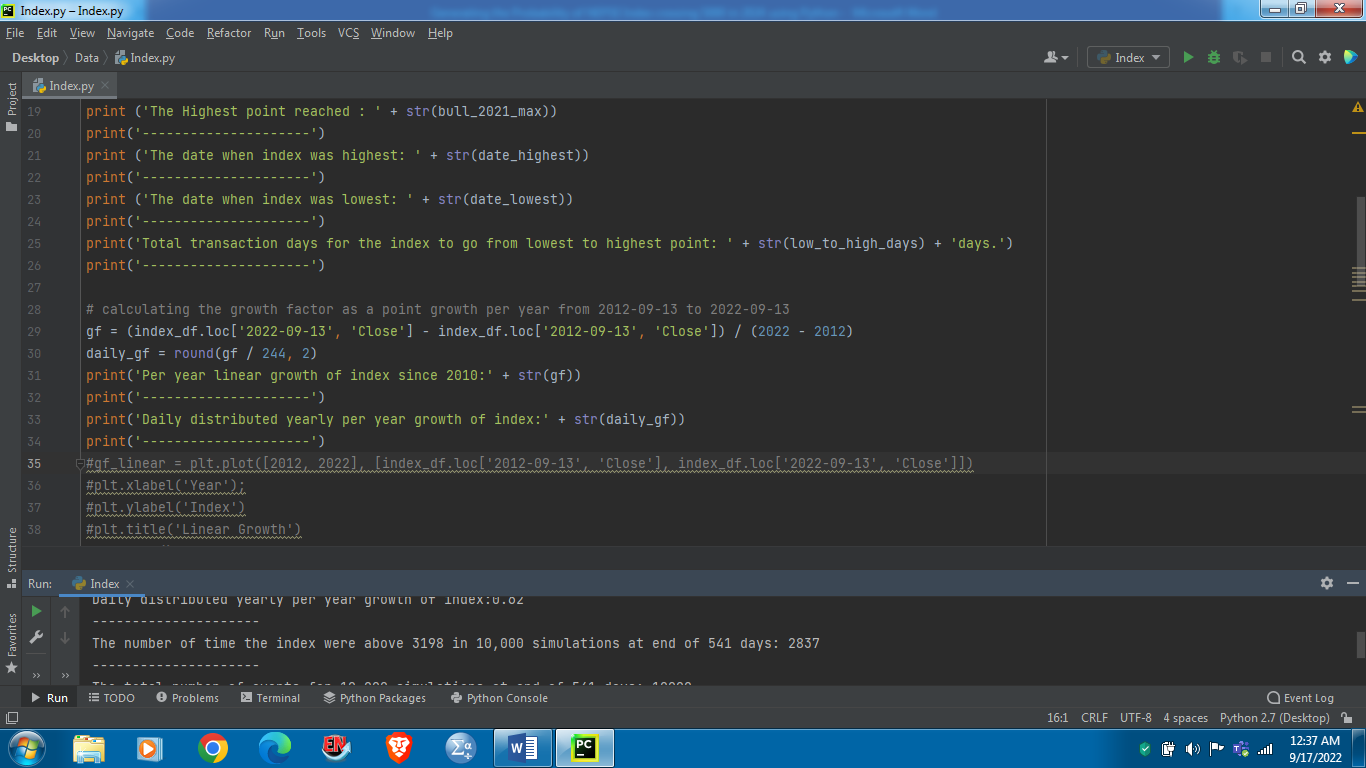 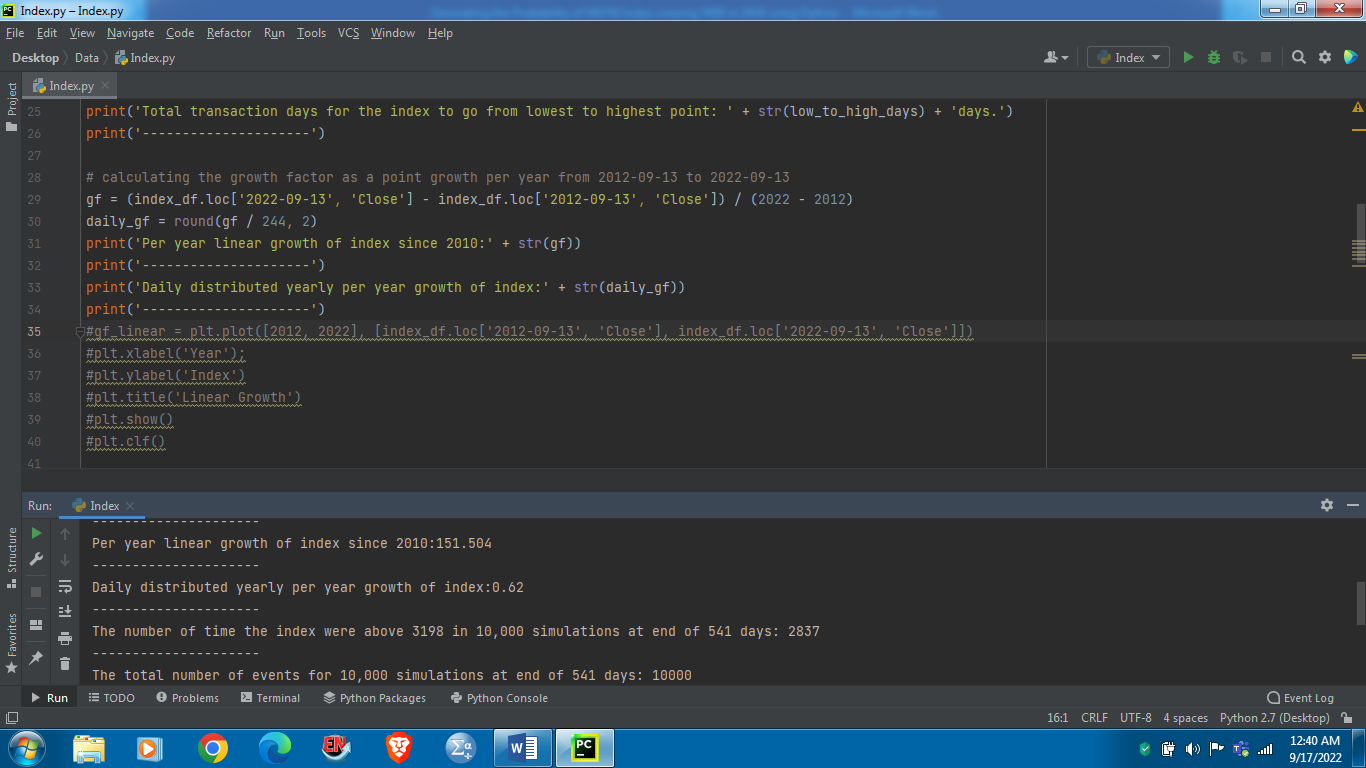 In this step we have calculated the per year average growth of the index or the slope which is 151.504 points per year. Then we divided it by 244 days, which is the average number of working days in a year after deducting Saturdays and other public holidays in which the market remains closed. If we distribute the linear yearly growth trend for each transaction days, it is 0.62 points per day. 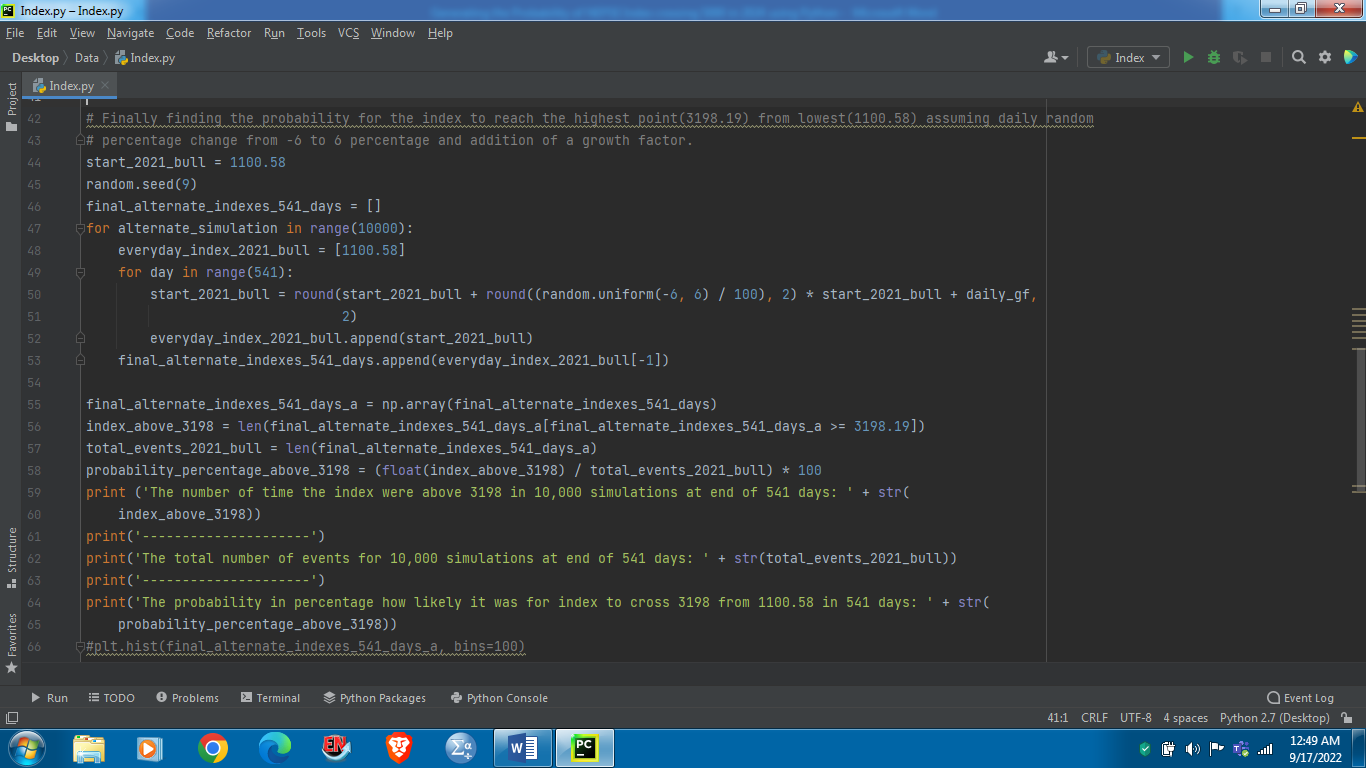 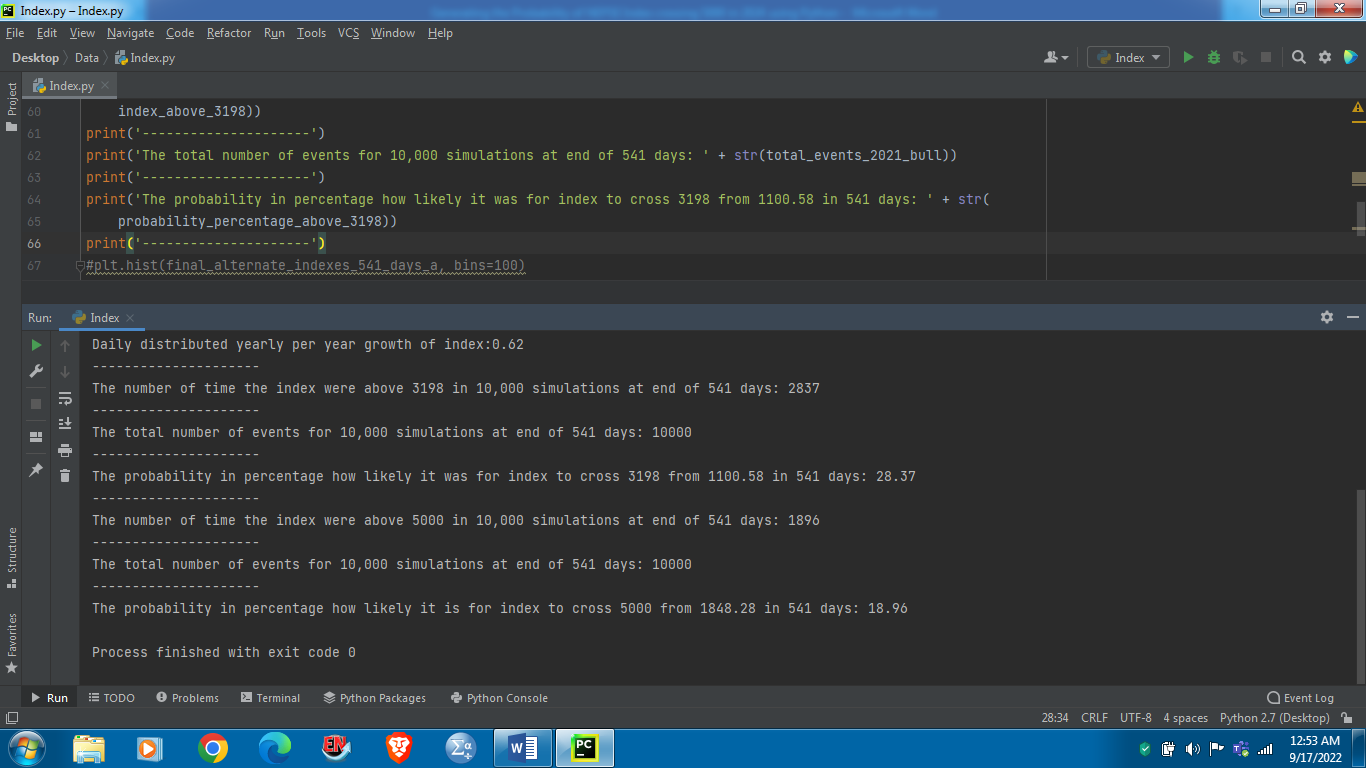 In this step we first simulated how much would the index reach in 541 days from 1100.58 if the NEPSE index decreased or increased randomly from -6 to 6 percentage. The process of the calculation is at step 50. After that every 541 days index points are appended to a list in step 52 and finally the last element which would be the index point at the last day is appended to another list which will be containing the total 10000 different possibilities that the index could be at the end of 541 days shown in step 53 of the image.

The probability of NEPSE index crossing 3198 in 541 days from the lowest 1100.58 was 28.37 percentage. So, we can consider it as a benchmark for future anomalies and use it as a comparison for 2025 simulation. 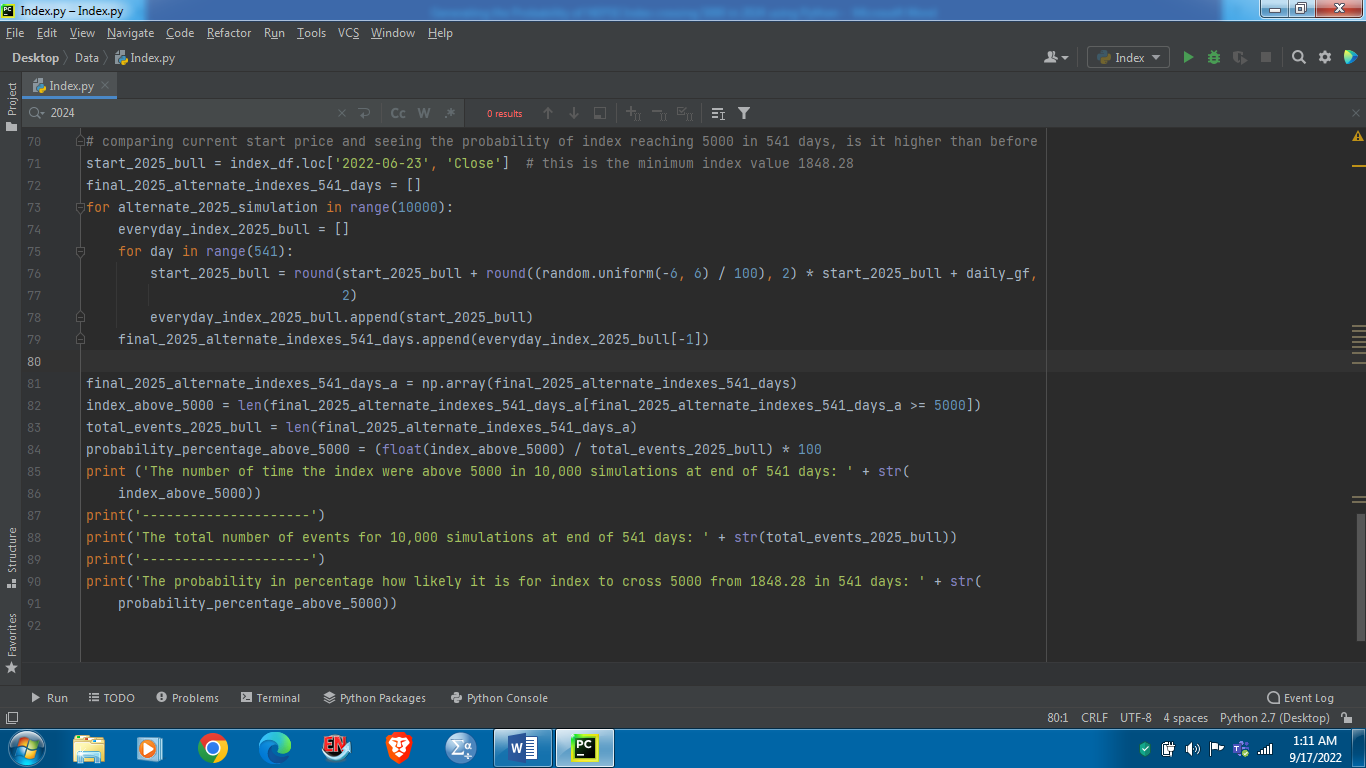 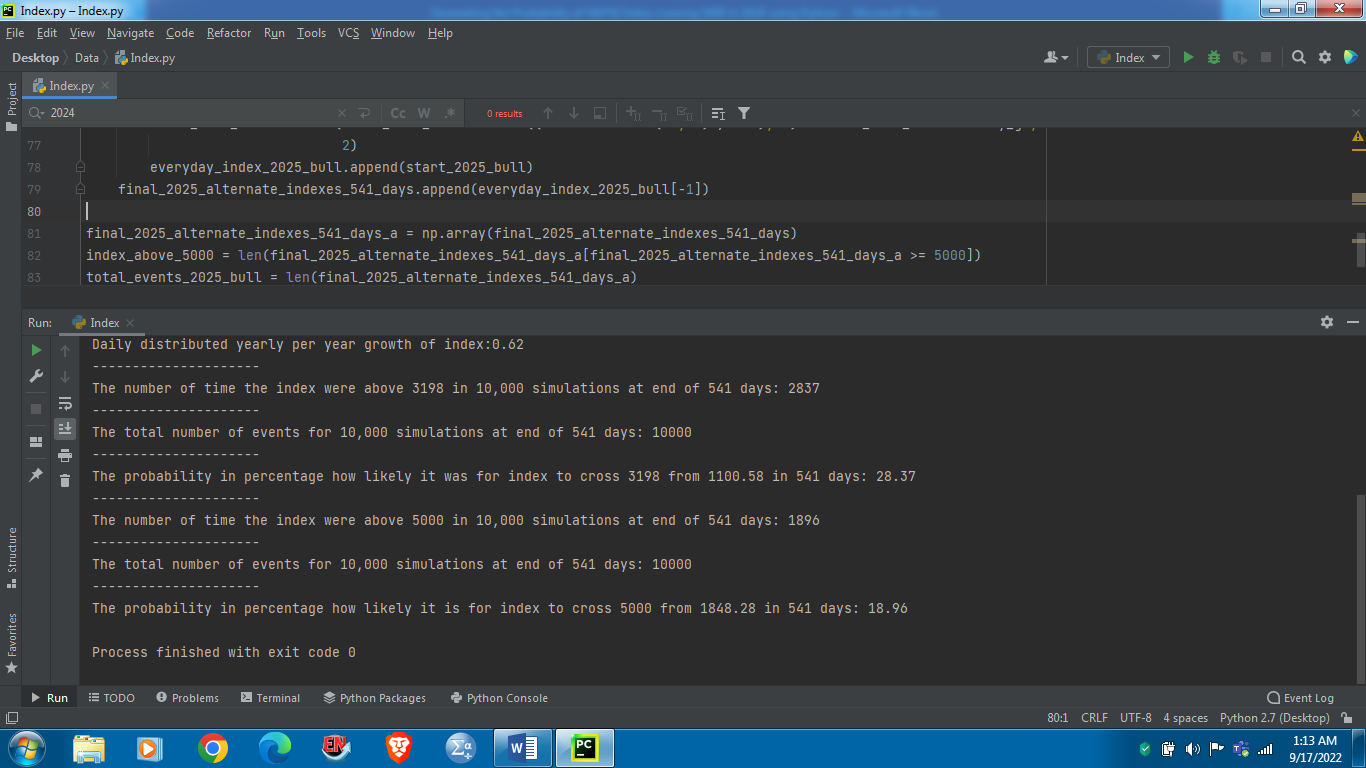 4.3 Checking for probability for index crossing 3000 in 541 days in the simulation: 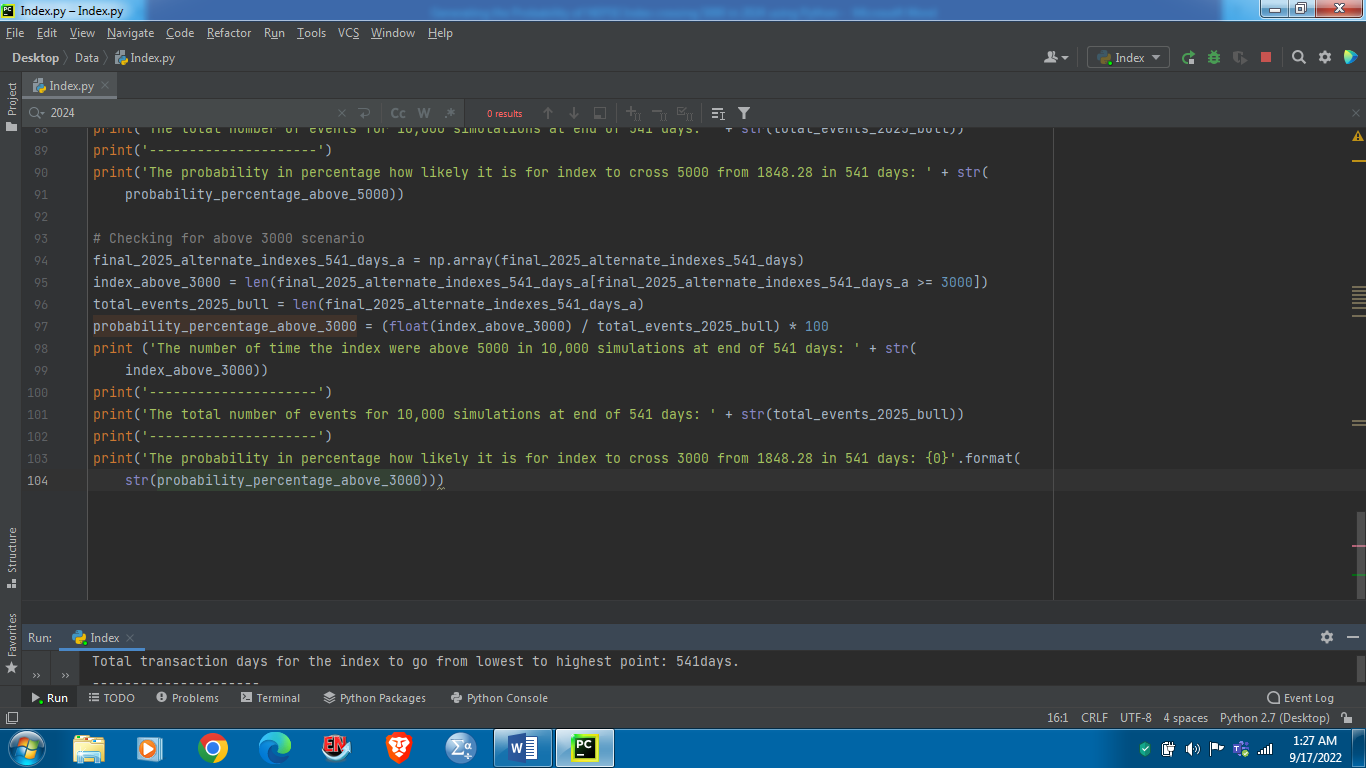 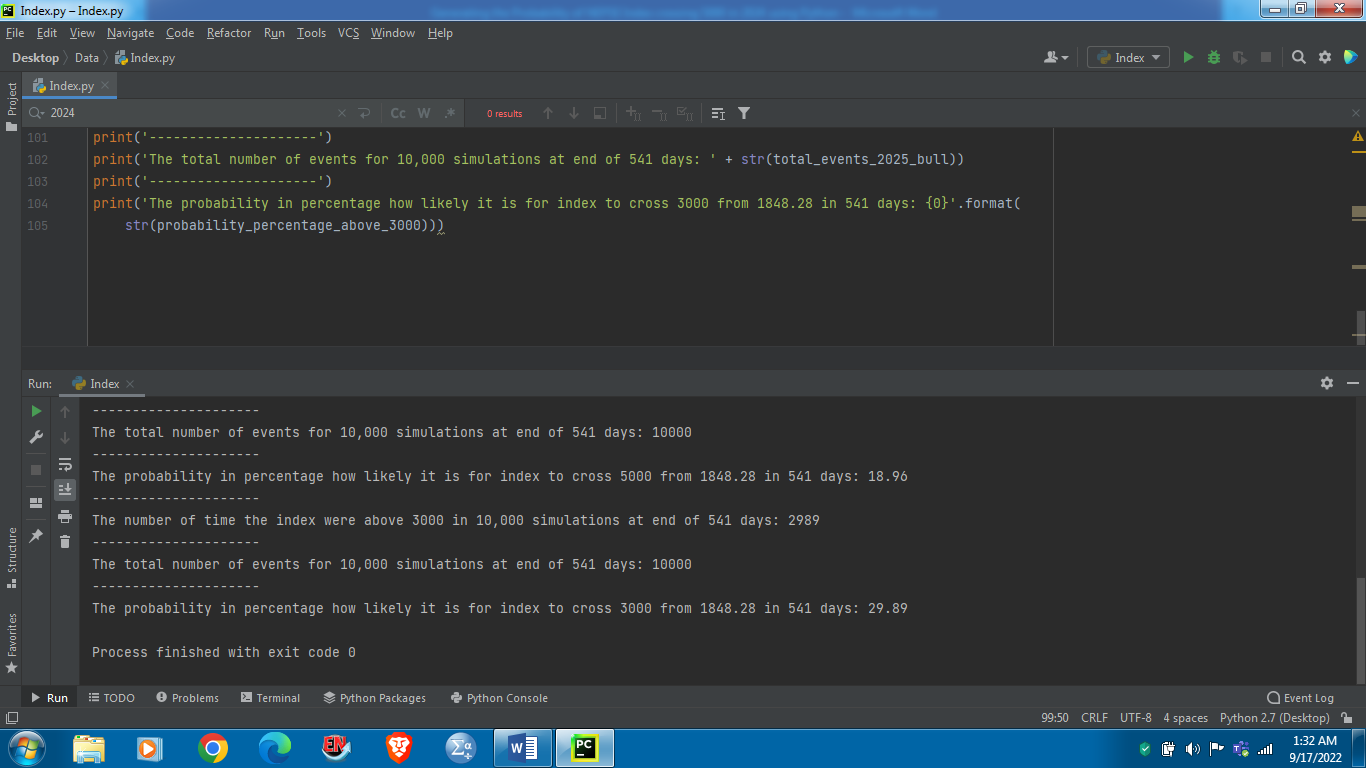 In above codes the numbers of alternate last day of 541 days are counted which are above 3000 and later divided by the total events (total alternate last days of ending day of 541 days). The calculation showed that the probability of such anomaly occurring is 29.89 percent which is higher than the probability of previous bull occurring by 1.52 percentage. 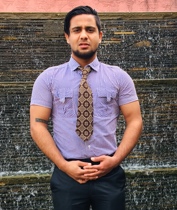