Fonepay has handed over Hyundai GrandI10 car as the bumper prize in its recently concluded scheme to promote MoBanking based cash transfers between the customers. 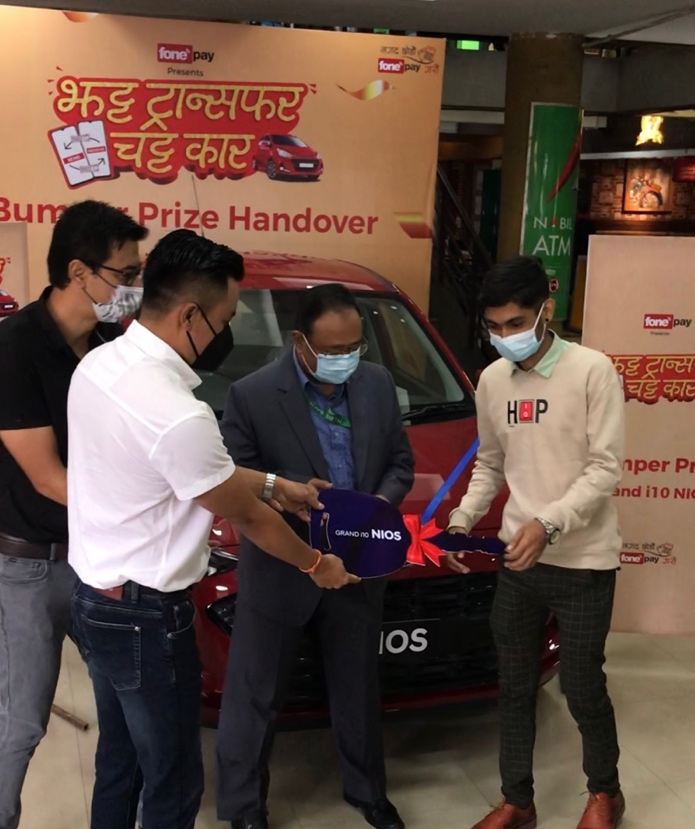 The company has handed over the bumper prize to Mr. Ujwal Adhikari from Birtamod of Jhapa which was jointly handed over by the CEO of Fonepay Mr. Adhyat Tuladhar, CMO of Nabil Bank Mr. Kabindra Prasad Shrestha, and Brand Ambassador of Fonepay Mr. Sandeep Chhetri, as per the media statement.