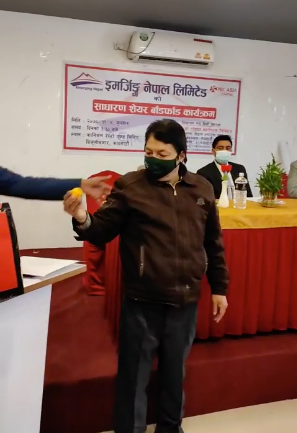 NIC Asia Capital Limited was the issue manager for this IPO Issue.

As per the allotment module, a total of 51,670 applicants were allotted 10 units each via lottery and lucky eight applicants got 1 unit extra. The remaining 22,77,036 applicants returned empty hands. 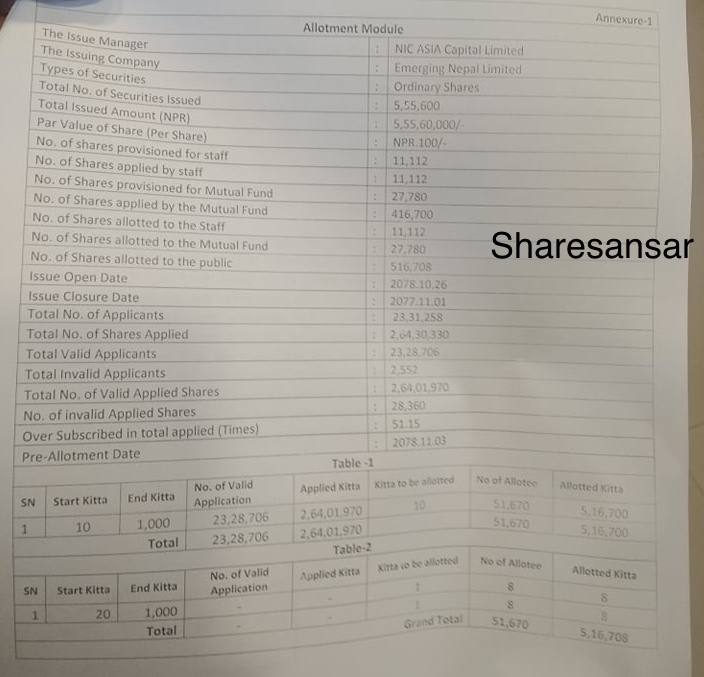 The IPO result can be accessed via CDSC IPO Result, NIC Asia Capital, and MeroShare.

After the issuance of the IPO which is 10% of the total capital, the paid-up capital has scaled to Rs 55.56 crore and the promoter/public ratio is now 90:10.

Emerging Nepal Limited was established in August 2015 as a public-private partnership (PPP) investment company with the motive to invest in projects from diverse sectors. ENL is promoted by the renowned business groups of Nepal, with the major holding by the Vishal Group and IME Group affiliated entities and individuals (joint stake of more than 50%).

Bonus Shares of These Three Companies Now Listed in NEPSE