The Gautam Buddha International Airport, a project of national pride located in Bhairahawa (Rupandehi), is to come into commercial operation on May 16 that’s marks Buddha Poornima.

The Civil Aviation Authority of Nepal (CAAN) has shared that the commercial test flight (calibration flight) will start on Friday. CAAN Director General Pradip Adhikari said that necessary preparations have been made for the operation of Gautam Buddha Airport as the second international airport of the country. He mentioned that the calibration flight will be conducted for seven days. 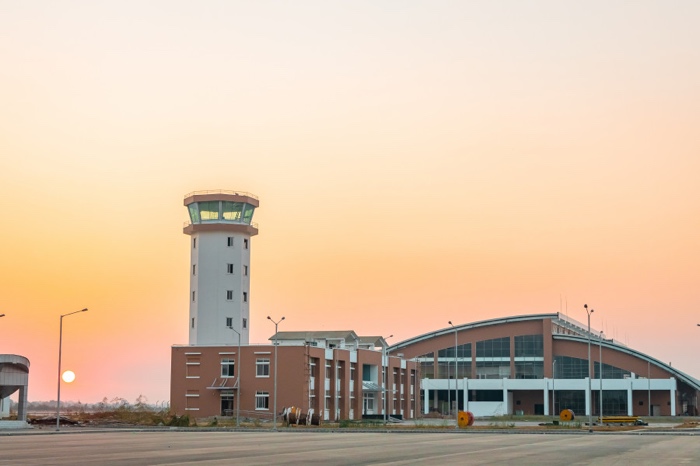 Aero Thai aircraft has landed in Nepal today for that purpose. The HS-AIM aircraft, which landed at Tribhuvan International Airport from Thailand in the afternoon, has reached Bhairahawa airport today, said CAAN engineer Muluk Mishra.

After the test flight is successful, a commercial flight will take place.

Bhairahawa Airport has the same passenger handling capacity as TIA

Stating that Gautam Buddha International Airport was of strategic importance for the economic growth of the country, he asserted that Nepal's aviation sector made another stride with the construction of the soon-to-be-operated international Airport.

TIA in 2018 handled 7.1 million passengers. Had there been no COVID-19 crisis, the TIA could not handle the ever-increasing flow of passengers in the only international airport in the country so far.

The COVID-19 crisis also slowed down the technical work relating to the construction and operation process of the second international airport in the country. The commercial operation would have started if there was no COVID-19 crisis, said CAAN. Thanks to the consistent follow-up and positive intervention of the CAAN, the Airport in Bhairahawa is going to be operative very soon.

The Gautam Buddha International Airport was initially a sick project but, it gained significant physical process in no time. It has become a model project amongst the other projects of national pride due to its timely construction.

The project suffered some setbacks initially. Delay and negligence on the part of the contractor company impeded the project while the COVID-19 crisis also contributed to the slowdown of construction in between.

Initiated in 2015, the Airport construction should have ideally been completed by 2017. The deadline for construction was reset for March 2020 but the construction process hit a snag yet again due to the breakout and spread of COVID-19 since 2020.

A Chinese construction company-Northwest Civil Aviation Construction Group- constructed the Airport at the subsidized loan by the Asian Development Bank. So far, Rs 11 billion has been spent on the construction of the Airport having 45-meter width and a 3,000-metre long runway.

As the Gautam Buddha International Airport is coming into operation very soon, it is believed that the second international airport in the country would help reduce the pressure of the TIA.