Where do you see NEPSE in the near future? This is what experts say

The NEPSE index reached a low of 1,149.73 during the Covid-19 pandemic. This was followed by the fall in interest rates since excess liquidity was piling in banks and financial institutions. Furthermore, activity in other sectors was sluggish. Thus, the complete digitization of trading and payment came at the right time in NEPSE.

Because of these and numerous other reasons, the index rallied. Even counting the days when NEPSE did not open, the index itself has gained more than 50% in less than 5 months. Just yesterday, the index reached a high of 1,811.63. When the market was crawling its way in the 1,100 levels, breaking the 1,800 barriers was just a good night's dream.

Apparently, dreams come true, at least in the stock market. Like we always do at strategic market checkpoints, Sharesansar knocked on the doors of experts to lend an ear to what they had to say. This article is a compilation of all their opinions. 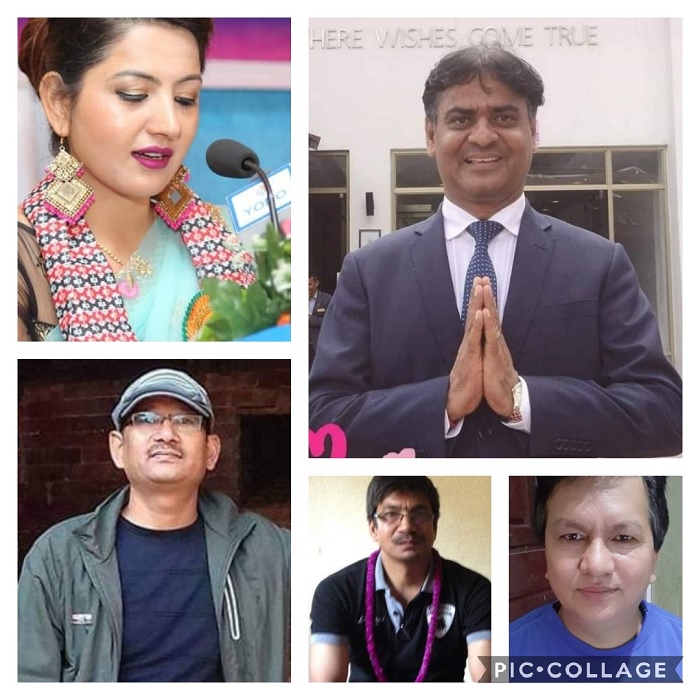 When asked about her opinion on the recent market trend, Radha Pokharel, President of Nepal Punjibazar Laganikarta Sangh opines that the upwards rally can be attributed to falling interest rates, improving market infrastructures, and limited investment alternatives during the pandemic. Pokharel is of the opinion that NEPSE has matured with improvements in trading and payment facilities.

However, instead of providing a market prediction, Radha Pokharel wants to aware investors of those who want to manipulate the market by giving false predictions.

"At bullish times like this, investors should be especially careful. They should invest with proper risk assessment in case the market behaves contrary to their beliefs," she says.

The market movement at the present feels pretty natural to Ambika Poudel. Although the 50% gain from the reopening of NEPSE after lockdown feels peculiar, Poudel says that the index was faring well at 1,600 levels before it. Thus, Poudel says the fall to the 1,100 level was just a reaction to Covid-19 uncertainties. Since the pandemic brought minimal impact to banking and the economy than was anticipated, investors have gone optimist now, according to him.

Additionally, the former chairman of Nepal Investors' Forum says that corrections are a part of a bull cycle. The market rises more and occasionally falls by a small percentage - that is simply what markets do. Thus, when asked whether the improving economy might take interest rates higher, he told Sharesansar that even if that happens, the impacts might be minimal, perhaps resulting in only a minor pullback.

Poudel says, "Stock markets tend to be cyclical. Since we have experienced a full-fledged bear cycle already, investors can expect this to be a new bull cycle in the making."

Subash Bhattarai told Sharesansar that investors in Jhapa share the same bullish expectations as investors in the country's capital and elsewhere.

"I do not know where investors will take the market. But I do know that in the next bear phase, 1,800 will be the support level and the index won't trade at anything lesser than that. That's all I have to say," says Bhattarai.

Price is incidental, governed by supply-demand, and is of little concern to Dilip Munakarmi. As an investor, he looks at the company fundamentals, their dividend capacity, and future prospect. Thus, Munakarmi is more concerned about the company that he personally analyzes, more than what NEPSE does today or tomorrow.

Although unclear in the bigger picture, it is an undeniable truth that the recent rise in NEPSE is brought about by a rise in the stock price of hydropower companies, the Trading sector, and the "Others" sector. However, the Banking sector, which has the loudest say in NEPSE, is still indecisive.

Thus, instead of giving an opinion on where the market is headed, Munakarmi is more concerned about whether the move will be sustainable, irrespective of where it goes. Consequently, Munakarmi does not chase price but looks for the value within the company he analyzes.

The rise in the number of IPOs to the public attracted a lot of otherwise-ignorant people to the stock market. The IPO issue opened this year have broken previous records one after another. What one buys, one has to sell. Thus, these new investors have entered the secondary market. Dipak Dahal thinks that this, among other reasons, is a significant contributor to the flourishment of the secondary market today and the days to come.

Furthermore, the lockdown imposed throughout the nation sparked the interest of many working-class people towards the stock market, a sector that promises passive income with minimal entry barriers.

When asked about his opinion on the future of NEPSE, Dahal is confident that the index will break previous records easily and create a new benchmark.

Like you saw in this article, investors can have varied opinions about the stock market at any given time. Optimists buy and pessimists sell, hence determining the market trend. As such, both sides are responsible for bringing a market movement. This free-market mechanism is what makes the stock market unbiased and credible.

Take notes from all, but make your own decisions. This article isn't an investment guide but a summary of the overall market sentiment.