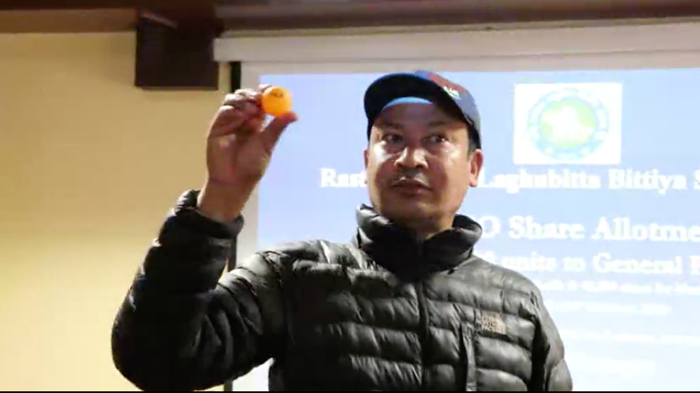 The issue had received applications from 25,79,402 valid applicants who had applied for a total of 2,93,97,680 units. The issue was oversubscribed more than 37 times.

The company's executive director thanked applicants for their vote of confidence. He said that the microfinance company has the ability and expertise to transition and operate as a Development Bank if the regulatory arrangement permits in the future. 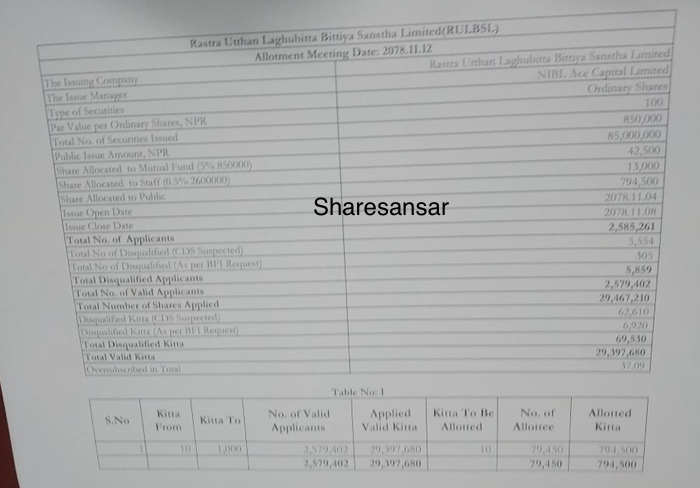 The IPO result can be accessed by CDSC IPO Result, NIBL Ace Capital, and MeroShare.

As of today, the company has a presence in 39 districts with 94 total branches. Nepal Rural Development, Rastriya Banijiya Bank, Prabhu Bank are the major promoters of RULBSL.

ICRA Nepal has assigned the issuer rating of [ICRANP-IR] BB (pronounced ICRA NP issuer rating double B) to RULBSL. Issuers with this rating are considered to have a moderate risk of default regarding timely servicing of financial obligations.