There are 16 development banks which are currently listed NEPSE. However, the Quarter first report (Q1) of Saptakoshi Development Bank Limited (SAPDBL) is not yet published by the company. Hence, this analysis discards SAPDBL.

So, let’s dissect the performance of B-class financial institutions based on the unaudited 1st quarterly report of 2079/80 fiscal year.

As per the quarterly report, Muktinath Bikas Bank Limited (MNBBL) has reported the highest net profit for the period amounting to Rs. 30.70 Crores. Shine Resunga Development Bank Limited (SHINE) comes in second place in terms of profit which amounts to Rs. 20.90 Crores.

The third position is secured by Garima Bikas Bank Limited(GBBL) with a net profit of Rs. 19.33 crores. In terms of growth in Net profit, Shine Resunga Development Bank Limited (SHINE) has obtained growth margin of 42.18% for the Q1 of FY 79/80. However, 5 out of 8 National level development bank have reported decline in net profit as compared to the relevant quarter of previous year. 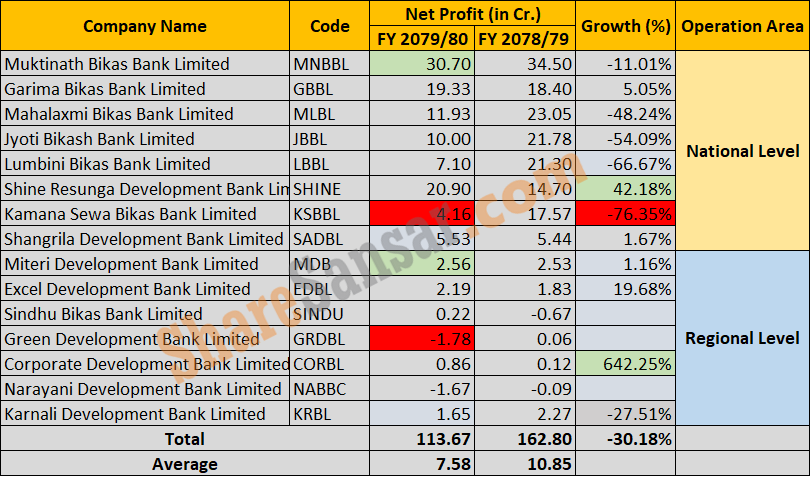 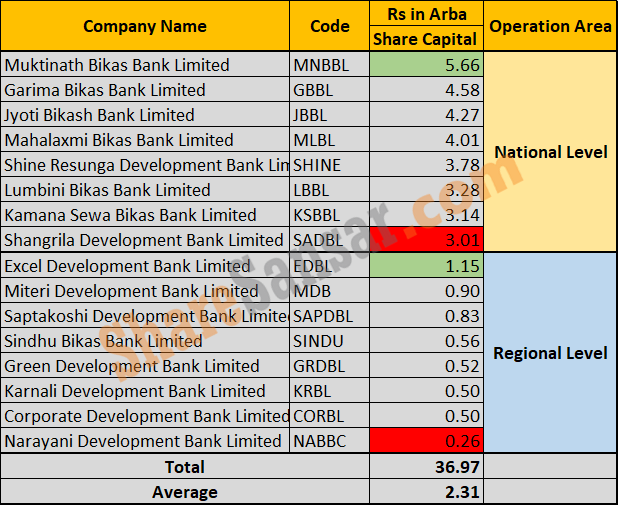 Reserve is the amount that is retained by the company from its profits to promote future growth. 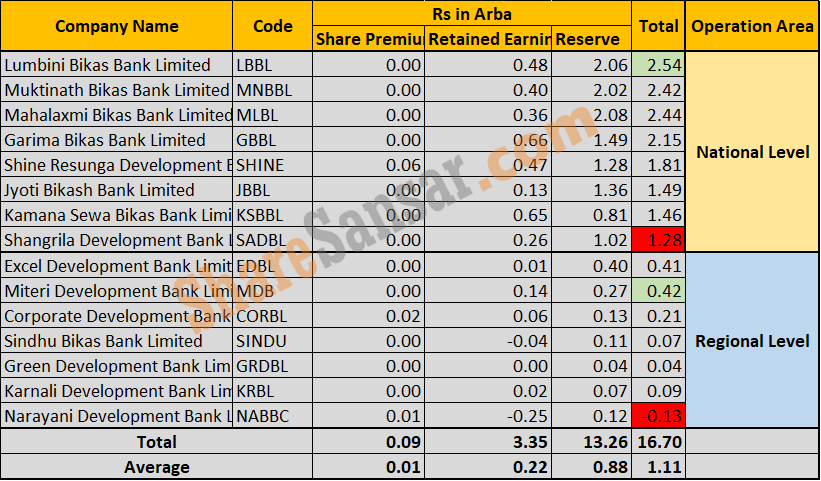 The overall development bank has collected a total deposit of Rs. 4.90 Kharba. 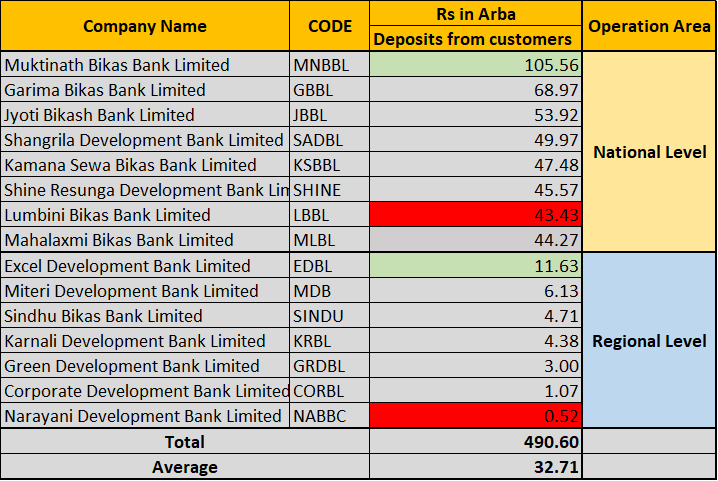 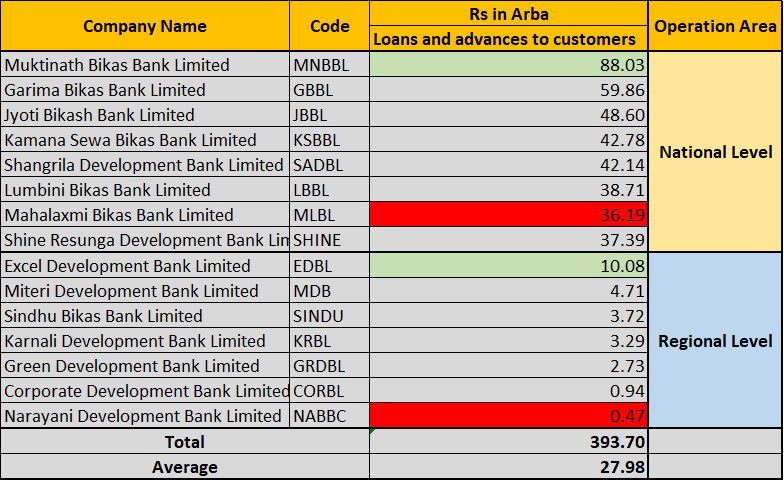 Net Interest Income is the core business revenue which is calculated by subtracting the cost related to the deposits from the income from loans and advances.

Out of the 15 banks, 8 banks have reported above industry average net interest income. 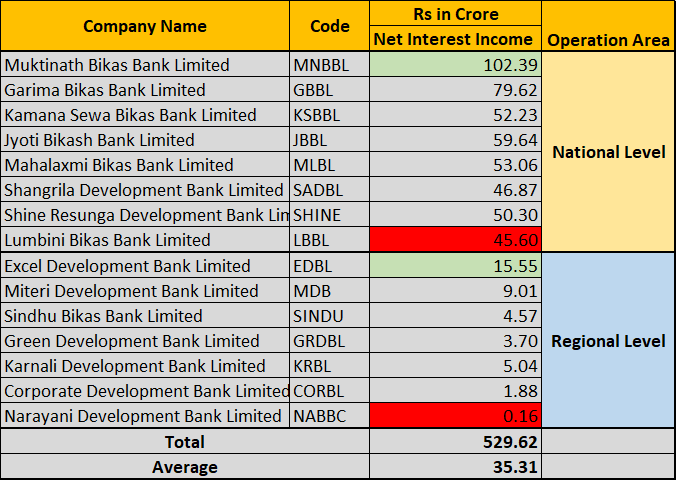 Banks have set aside a certain amount in loan loss provision and have delayed the loan repayment of several borrowers. A total of Rs 1.76 Arba has been shown in an impairment charge for a loan and other losses. 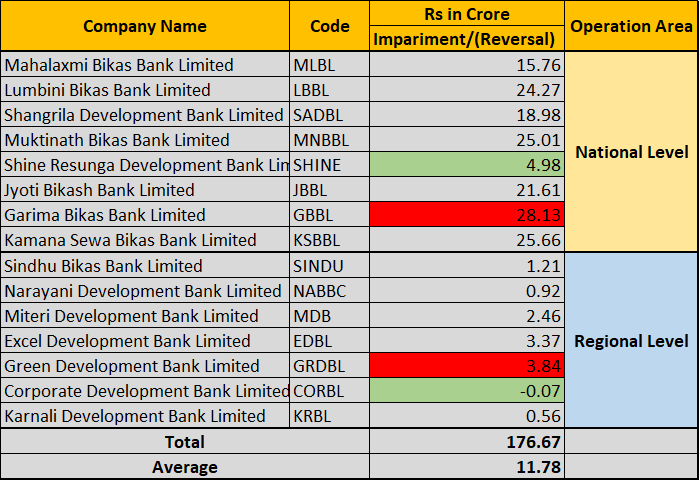 Out of 15 development banks, 7 banks have reported above industry average EPS. 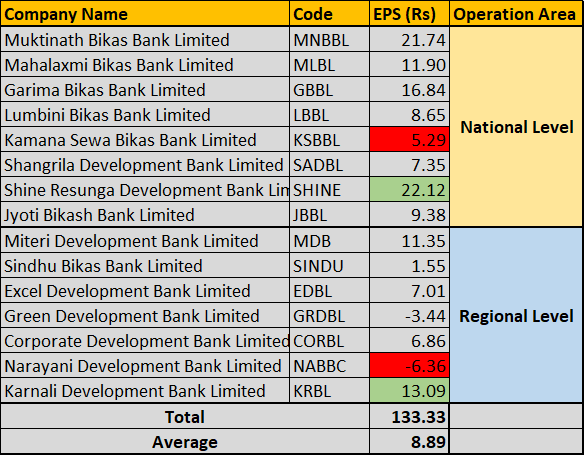 Non-performing loan indicates the risk of credit the bank provided to their clients. Higher NPL indicates that the bank might be at risk.

Likewise, in the regional level, Sindhu Bikas Bank Limited (SINDU) has reported the lowest NPL of 1.13%.

Out of 15 banks, 7 banks have reported below industry average NPL for this quarter. However, this is mainly because CORBL alone has massive NPL which led to increasing in average number. One should calculate the industry average in terms of their own analysis model. 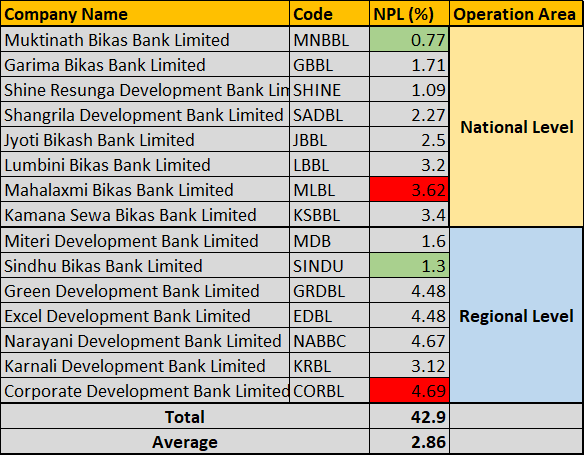 P/E ratio tells investors what they are paying for each Rupee of earnings of the firm. The lower the ratio, the better the deal.

One should always check the fundamentals of the company and if they found the bad fundamentals then there is a reason for the lower valuation. Also the PE is calculated as per the quarter end closing price of the respective companies. In today's date the price differs in the secondary market. 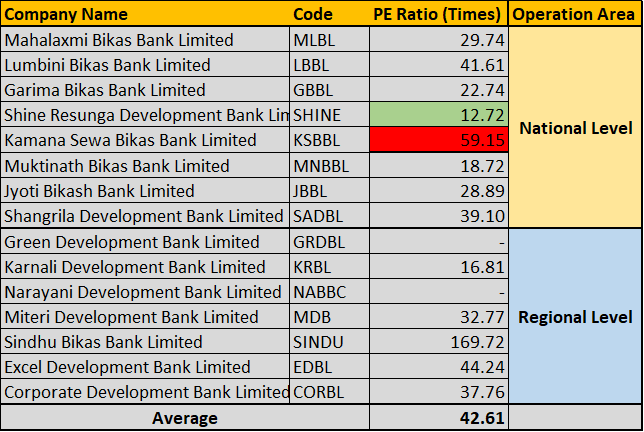 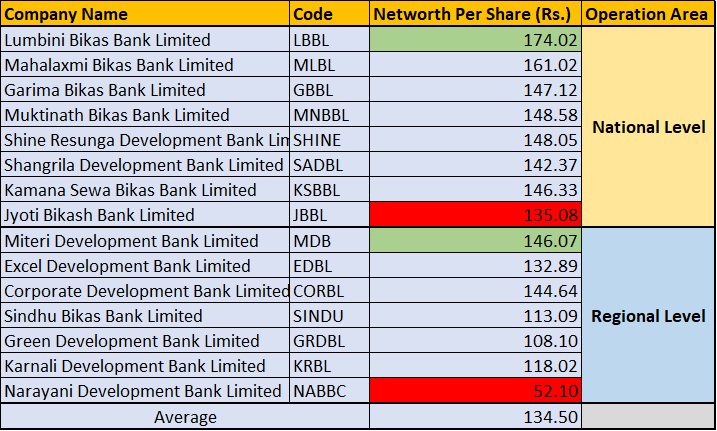