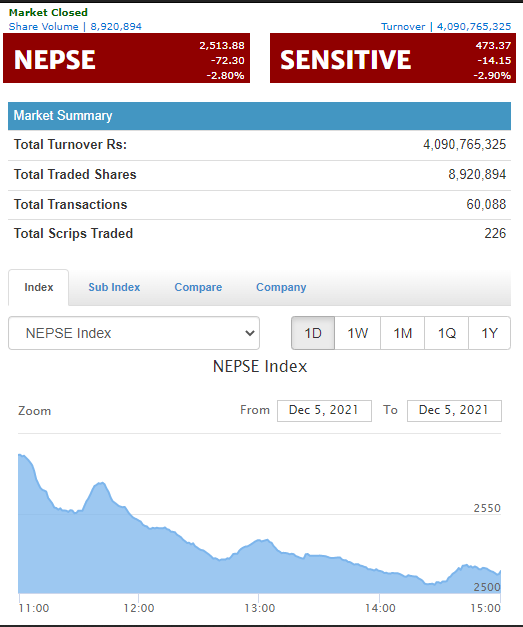 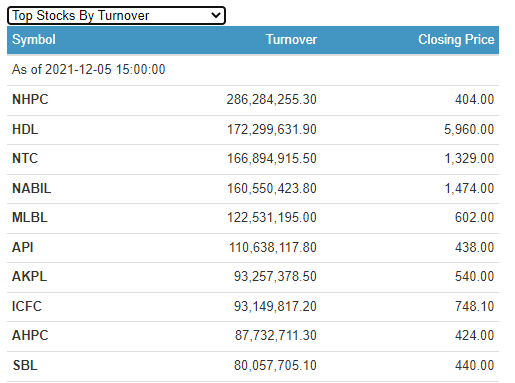 National Hydro Power Company Limited (NHPC) had the highest turnover of Rs. 28.62 crores closing at a market price of Rs. 404 per share. Its shares also traded the most. 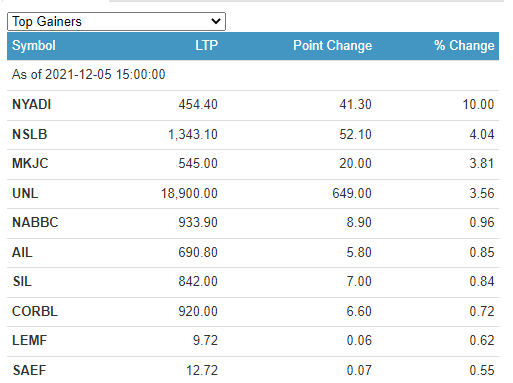 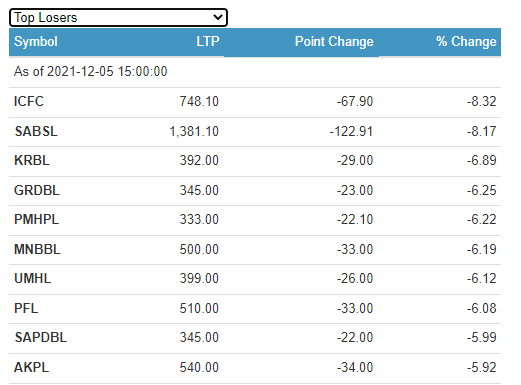 All sectors have lost today. Finance lost the most 4.54%. 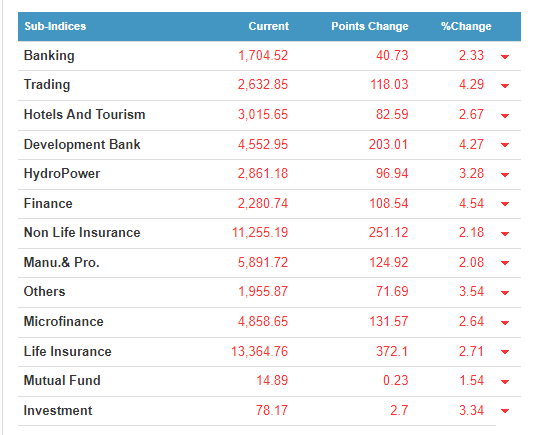 The NEPSE index is approaching the support zone at the 2,500 level. The index has lost 8 days in the last 10 trading days, and today's fall was one of the strongest during the timeframe. 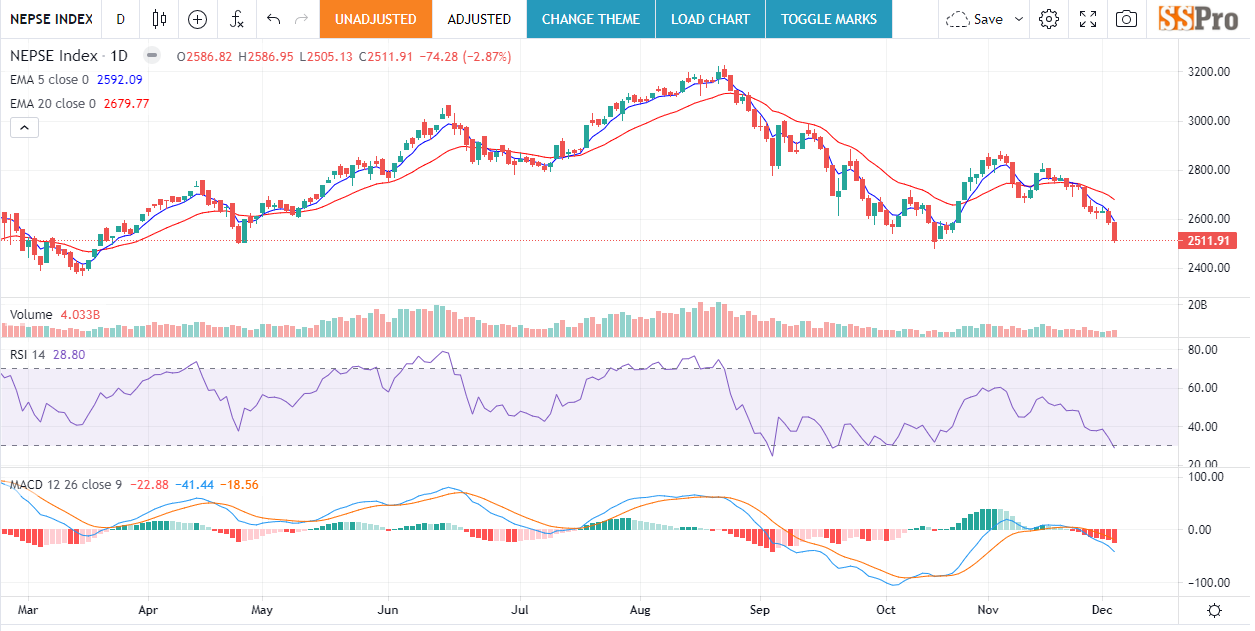 Compared to what NEPSE was used to witnessing during the bull run, the intraday volume has dwindled, and it is in an overall declining trend.

The Relative Strength Index (RSI) is at 28.8, hence crossing below the 30 mark. This indicates oversold conditions in the overall stock market. Meanwhile, both the MACD line and the signal line are negative, i.e. below zero, with the MACD reading at -41.44. The MACD line is below the signal line, and both are negative, hence indicating a general pessimism in the market.

Highlights of The Day: