NCC Bank and Kumari Bank Sign Agreement to Merge At a Swap Ratio of 1:1

In front of the directors of both banks, an initial MoU was signed on Monday during a meeting of the joint merger committee of the two banks. The two banks have decided on a 1:1 share swap ratio. 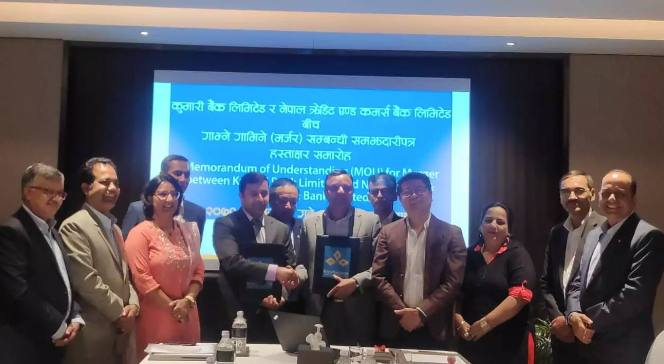 There are 195 ATMs in total at Kumari Bank, compared to 156 in NCC Bank. After the merger, the combined company will have 351 ATMs overall.

Now with the merger of NCCB and KBL, the total number of commercial banks in Nepal is reduced to 21.