In the interest rates update for Ashwin, the bank had declared an interest rate of 9.5% p.a. on FDs not exceeding 10 years.

However, it had then declared a 10% rate on FDs via a press release the very next day. 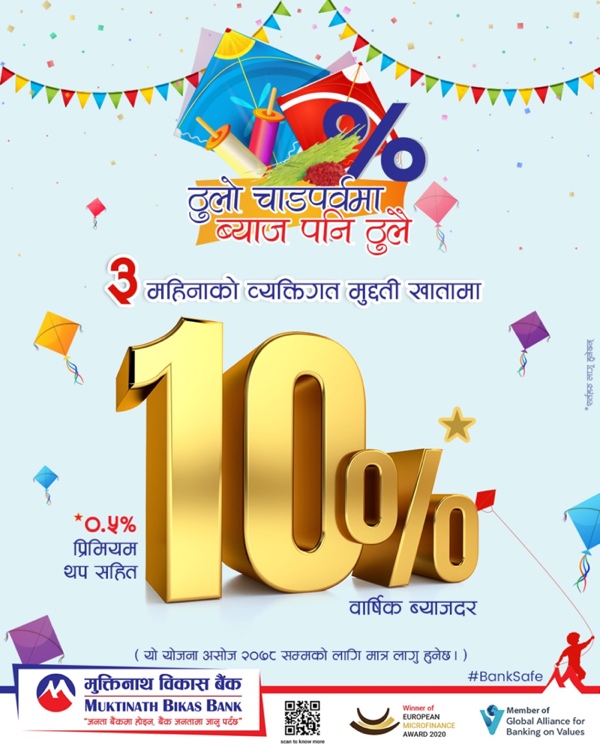 Issuing a press release today, the bank has now claimed that the 10% interest rate offer was erroneous. The bank claims that the news was spread on social media and news portals by mistake.

As per the NRB directive, development banks have to maintain a spread not higher than 5 percent on ordinary savings and term deposits. In the case of remittance savings, a spread of 6 percent can be maintained.

Regardless of the contradicting press releases, the bank has claimed that the interest rate on FDs is now 9.5%. 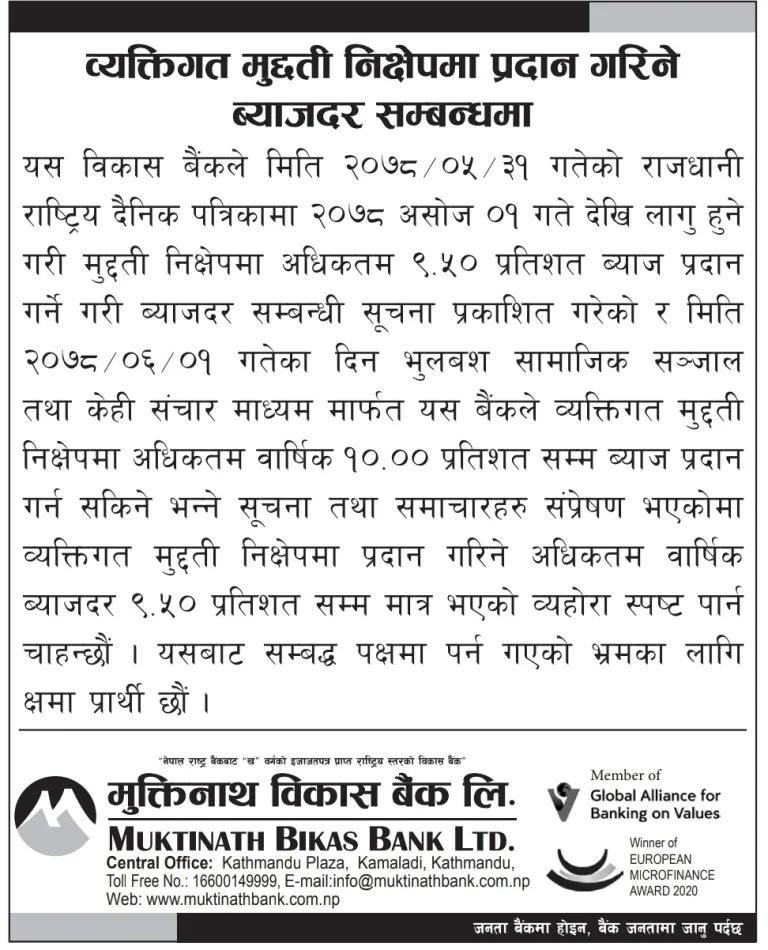