IPO Allotment of Mandakini Hydropower Company Concludes; 1 in Every 14 Applicants to Be Allotted with 10 Units 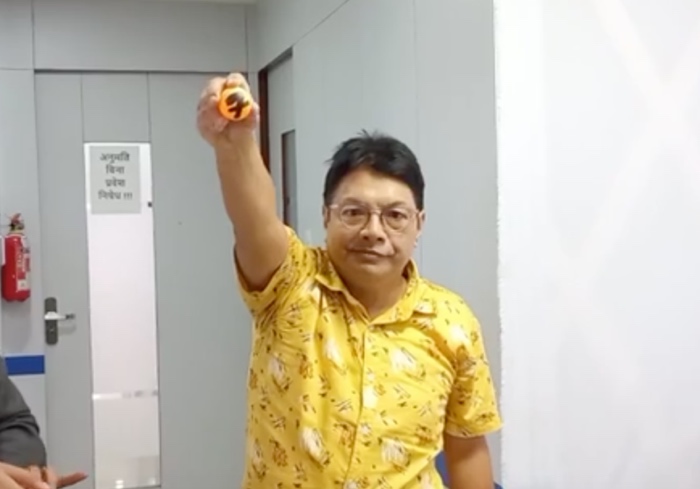 As per the allotment module, a total of 1,09,374 applicants were allotted 10 units each via lottery, and further 9 lucky applicants get 1 unit extra and the remaining 14,36,910 applicants were returned with empty hands. 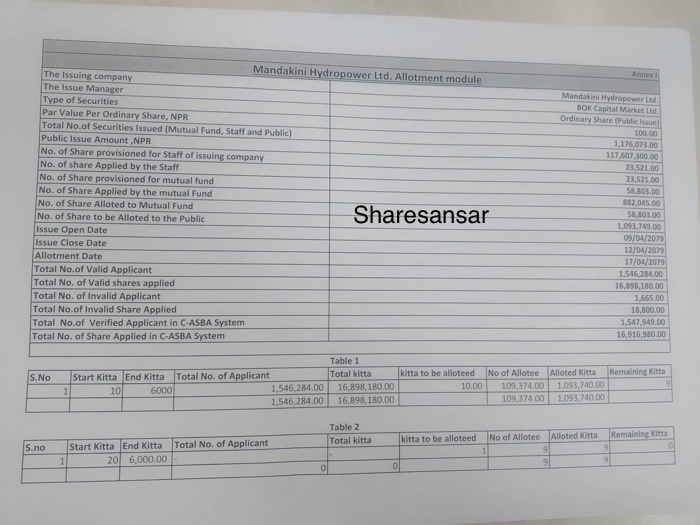 The IPO result can be accessed by CDSC IPO Result, , MeroShare and BOK Capital.

The paid-up capital of the company will reach Rs. 58.80 Crores after the IPO issuance. This is 20% of the company's issued capital, and 10% is already issued to the project-affected locals of the Kaski District. After this IPO, the promoter-public share structure ratio will be 70: 30.

CARE Ratings Nepal Limited (CRNL) has assigned an Issuer rating of ‘CARE-NP BB+ (Is) [Double B Plus (Issuer Rating)]’ to Mandakini Hydropower Limited (MHL). Issuers with this rating is considered to have a moderate degree of safety regarding timely servicing of financial obligations, in Nepal.

Mandakini Hydropower Pvt. Limited is an Independent Power Producers Association Nepal (IPP) of Nepal, that owns the Sardi Khola Hydropower Station. It is a run-of-river hydroelectric plant located in the Kaski District of Nepal. The flow from the Sardi River is used to generate 4 MW of electricity. The plant started generating electricity from 2074-08-23 BS. The generation license will expire in 2105-03-12 BS, after which the plant will be handed over to the government. The power station is connected to the national grid and the electricity is sold to Nepal Electricity Authority.