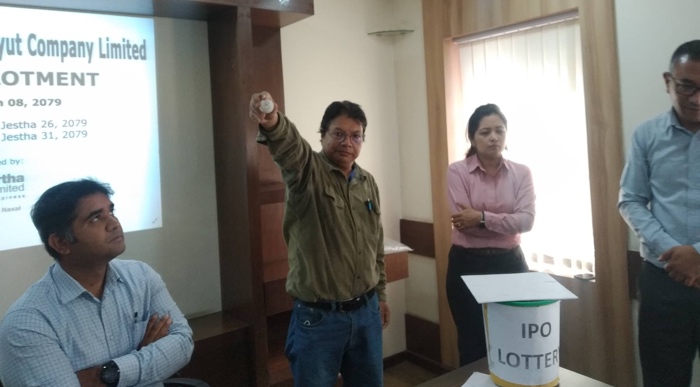 As per the allotment module, a total of 2,01,986 applicants were allotted 10 units each via lottery and further 9 lucky applicants get 1 unit extra and the remaining 12,68,797 applicants were returned empty hands.

In total 882 applicants who applied for 11,170 units were disqualified due to duplicate applications and applicants applied in local issues. 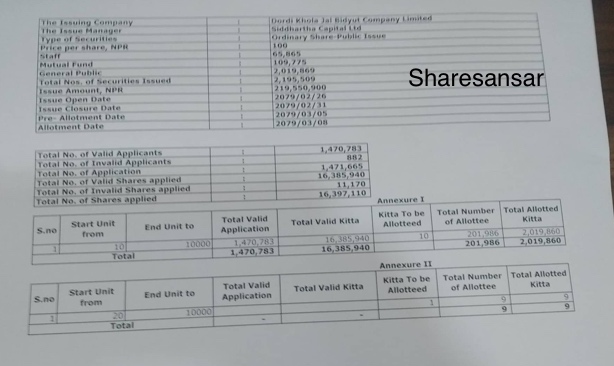 The IPO result can be accessed by CDSC IPO Result, Siddhartha Capital, and MeroShare.

Siddhartha Capital Limited has been appointed as the issue manager for the IPO issuance. Applications can be placed for a minimum of 10 units and a maximum of 17,00,000 units.

lCRA Nepal Ltd has assigned a double B minus issuer rating [ICRANP-IR] BB- to the company. Companies with this grading are considered to have a moderate risk of default regarding timely servicing of financial obligations.

Dordi Khola Jal Bidyut Company Ltd is a public company incorporated on Falgun 14, 2066 (February 26, 2010) as per Companies Act 2063, Nepal with the objective to develop and invest in hydropower projects. It is currently developing a 12 MW Dordi-1 Hydroelectric Project in Lamjung District and owns its generation license. The project is located in Dordi Gaupalika-6, Lamjung. Its registered office is located at Kathmandu -11, Bluestar Complex, Tripureshor. Lamjung Electricity Development Company Limited (LEDCO) holds 84.95% ownership in the company.