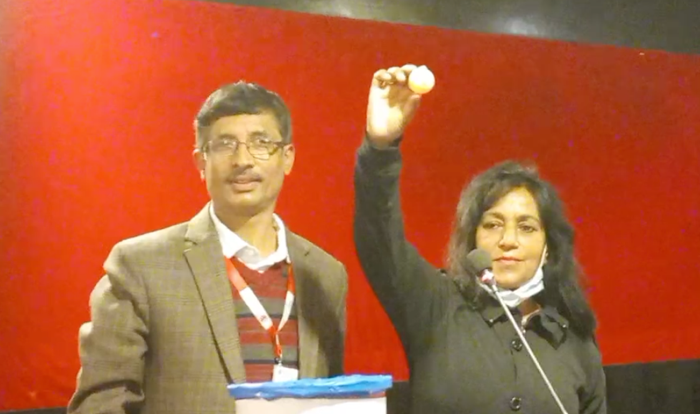 Global IME Capital Limited is the issue manager for this IPO issue.

As per the allotment module, a total of 77,456 applicants were allotted 10 units each via lottery, and lucky 3 applicants get 1 unit extra and the remaining 24,45,499 applicants were returned empty hands. 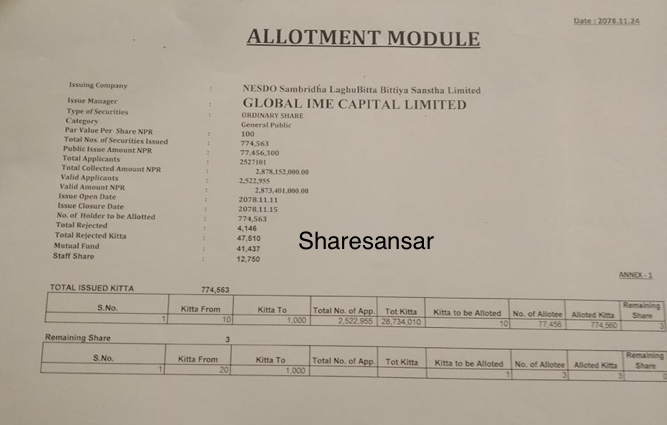 The IPO result can be accessed by CDSC IPO Result, Global IME Capital, and MeroShare.

NESDO Sambridha Laghubitta Bittiya Sanstha Ltd is promoted by National Educational & Social Development Organization, NESDO Nepal. It was incorporated under Company Act-2063 as a Public Limited Company to be operated as a “D” Class National Level Microfinance. The microfinance has an authorized capital of Rs.50 Crore and its issued and paid-up capital is Rs.17,21,25,000.

NESDO Nepal, Prabhu Bank, and 81 individuals from various sectors are the promoters of NSLBSL. NSLBSL started its operation on 5th March 2019. At present, NSLBSL serves 78,000 families residing in the remote area of Nepal through its 56 branch offices located in 17 districts.

ICRA Nepal has assigned the issuer rating of [ICRANP-IR] BB+ (pronounced ICRA NP Issuer Rating Double B plus) indicating the issue has a moderate risk of default.