Century Commercial Bank expands with new branch at Teku and Pepsicola of Kathmandu; provides its services via 128 branches so far

Century Commercial Bank has brought into operation its two new branches at Teku and Pepsicola of Kathmandu on Falgun 12, 2078. 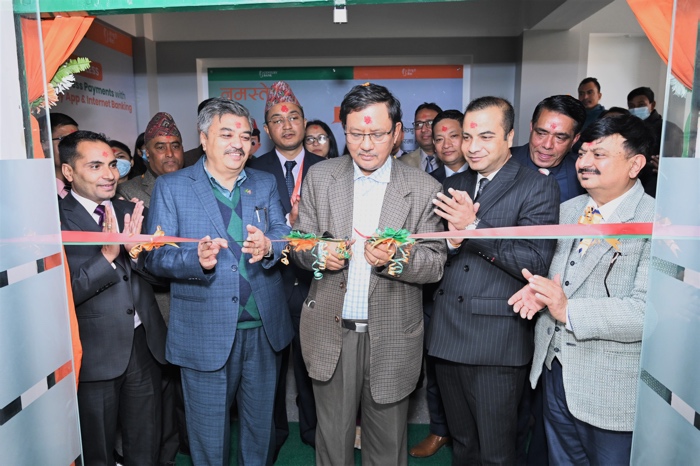 The latest facilities at Teku and Pepsicola were inaugurated respectively by chairman of the bank Mr. Rajesh Kumar Shrestha and BoD Mr. Rana Bahadur Shrestha amid the events, as per the media statement.

The bank currently provides its services to its customers from its 128 branches, 10 extension counters, 25 branchless banking units, and 107 ATM outlets spread across the nation, as per the media statement.