Accord Pharmaceuticals has appointed Global IME Capital as the issue manager for the issuance of its 4.80 lakh unit shares to the general public. 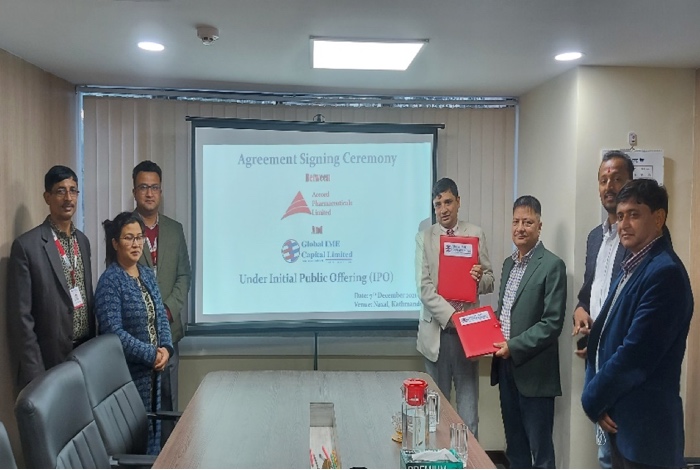 The agreement was signed between Mr. Bishal Pandit, chairman of the Pharma company, and CEO of the merchant banker Mr. Paras Mani Dhakal, amid a program on Mangsir 21, 2078.

The Pharma company with an issued capital of Rs 48 crore will be the first company in its field to float its shares to the general public, as per the media statement.