Shikhar Insurance Collected Highest Premium of Rs. 2.65 Arba for the 6 Months of FY 79/80; What is the Status of Other Non-Life Insurance Companies?

IPO Allotment of Kalinchowk Darshan Limited Concludes; 1 in Every 16 Applicants to Be Allotted with 10 Units 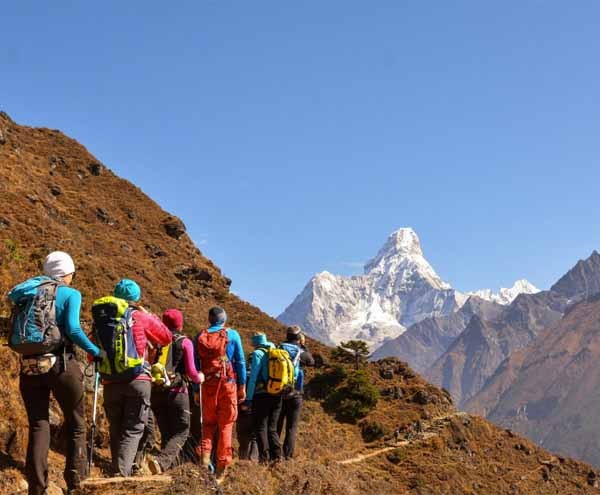 A total of 55,074 foreign tourists came to Nepal in the month of January 2023. As per the data of the Nepal Tourism Board, more than 55,000 foreign tourists entered Nepal via air route in the first m...

How Did Mutual Fund Perform in the Month of Poush? A Complete Analysis of Multiple Factors

There are currently 29 closed end mutual funds listed on Nepal Stock Exchange, whereas 6 open end scheme are traded directly in the respective fund manager. Sanima Growth Fund (SGF) and NIBL Growth Fund (NGF)* have recently issued their units to the general public and are yet to be listed for trading in NEPSE, upon which there will be 37 schemes altogether.&nbsp;Click here for a detailed list of Mutual funds.&nbsp; Note: NGF public issue was closed in Poush, hence it did not publish its monthly report of last month.&nbsp; Mutual Funds have an investment in listed/unlisted companies of Rs. 20.39 Arba in the month of Poush compared to Rs. 17....

Without a doubt, the Financial Institutions are also experiencing economic instability as a result of market swings, given the increasing interest rates, inflation, and overall wor...

Interest Amount of Rs. 13.33 Arba Is Yet To Be Received by Commercial Banks; A Second Quarter Compre...

All 22 commercial banks have unveiled their second quarter report of the current fiscal year 2079/80. Despite many speculations in the market as to how the bank's profitability wi...

NABIL Stock Cheaper Than NICA: But Where Is It Headed?

How Did Mutual Fund Perform in the Month of Mangsir? A Complete Analysis of Multiple Factors

What are Mutual Funds? How does the IPO of a Mutual Fund differ from the IPO of a Company? A mutual fund is an investment instrument that pools the fund from many investors (small/big retail investor...

Nabil Investment Banking Limited has published an offer letter to issue the "Nabil Balanced Fund III." The public issue will open on 25th Bhadra and conclude on 29th Bhadra, 2078. If the issue isn't f...

"Sustainable Banking Is Not Just Another Banking Scheme, It Is a New Banking Culture": Interview with Nabil Ba...

Of all the memorable incidents he has lived through in his illustrious banking career, Upendra Prasad Poudyal narrates a particularly empowering story that strums through the listener's emotional hear...

The public issue of "Mega Mutual Fund 1" is opening from today, i.e. 4th Bhadra. The issue will close on 10th Bhadra, 2078. If not subscribed fully by the early closing date, the issue can be extended... 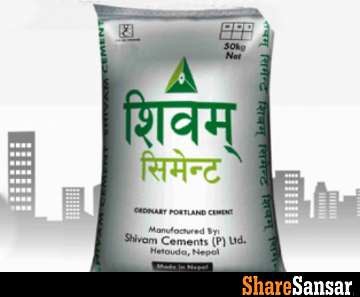 VALUING SHIVAM CEMENT LTD (SHIVM) Shivam Cement Ltd, founded in 2003, is one of Nepal&rsquo;s largest cement manufacturers. It has its factory in Hetauda and owns its own limestone quarry. (More about the company here: https://shivamcement.com.np/page/introduction) The company&rsquo;s sales have declined marginally in recent years primarily due to a lack of customer demand caused by the pandemic. Alarmingly, the company&rsquo;s profitability has seen a significant drop in FY 2022. Its net...

RAKESH JHUNJHUNWALA- A RAGS to RICHES STORY!! The Big Bull, Rakesh Jhunjhunwala,&nbsp;also known as the&nbsp;Indian Warren Buffet or the King of Dalal Street &nbsp;started from an investment of Rs 5,...

52-Week High/Low Analysis; Is This The Best Time To Buy Shares?

Look Into The NEPSE Market Participation Measurement Through Value Per Transaction

NEPSE MARKET PARTICIPATION MEASUREMENT THROUGH VPT While the total turnover in the stock market has been taken into consideration while analyzing the market participation, it might be misleading in t...

Nepal Rastra Bank, the central bank of Nepal, has unveiled the current macroeconomic and financial situation of Nepal based on the nine months' data ending mid-April, 2022.&nbsp; Overalls The Nepa...

Part 1: Rundown and Technical Analysis This week, NEPSE traded for 3 days only as Sunday and Monday was public holiday. The index closed at 2,178.81 after a gain of 29.42 points (...

NEPSE Increased By Phenomenal 114.90 Points With Turnover of Rs 19.01 Arba This Week; Weekly Summary with Tech... 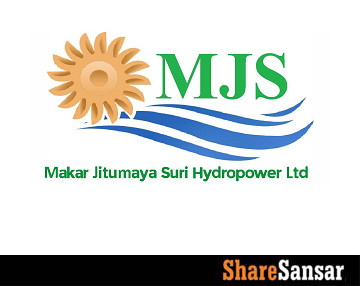 Things To Know For The Prospective Investors of Makar Jitumaya Suri Hydropower; IPO Opens From Today For Project-Affected Locals and Nepalese Employed...

Interest Amount of Rs. 13.33 Arba Is Yet To Be Received by Commercial Banks; A Second Quarter Comprehensive An...

All 22 commercial banks have unveiled their second quarter report of the current fiscal year 2079/80. Despite many speculations in the market as to how the bank's profitability wi...

Excel Development Bank Limited (EDBL)&nbsp;has published its second-quarter report for the FY 2079/2080 with a decline in Net Profit by 50.54%. The bank&rsquo;s Net Profit decrease...

NABIL Stock Cheaper Than NICA: But Where Is It Headed?

Things To Know For The Prospective Investors of Sagarmatha Jalbidhyut Company; IPO Opens From Today For Projec...

Company Profile: Sagarmatha Jalbidhyut Company Ltd was established in November 2015 in Kathmandu, Nepal under the Company Act 2053 of the government of Nepal. The company was esta...